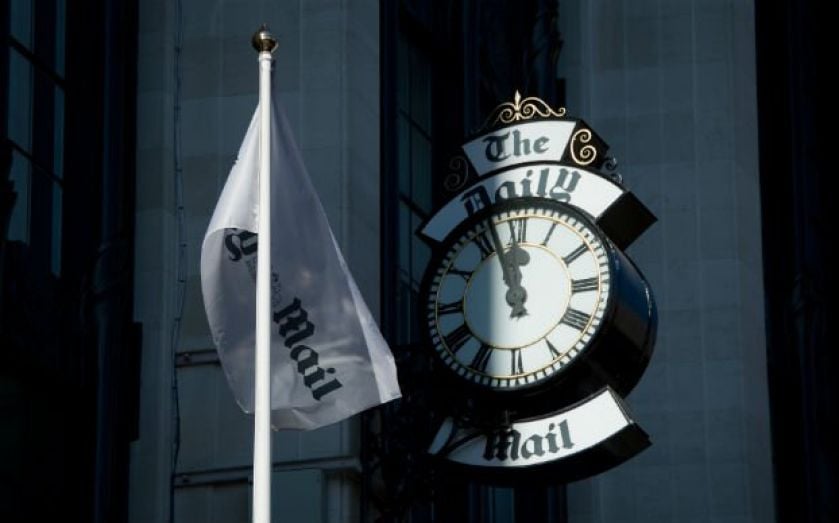 Revenue at Daily Mail owner DMGT is up two per cent for the three months to the end of June on the same period last year in line with expectations despite a lower return from the IPO of Zoopla in June.

DMGT’s b2b business revenue grew by nine per cent with dmg information up 34 per cent and the events side of the business up by 28 per cent driven by the return of its Global Petroleum Show event.

The media side of the business which includes the Daily Mail and Metro newspapers, and MailOnline, saw revenue decline seven per cent from both advertising and circulation to £183m.

However analysts were positive about the rise in underlying ad revenue of five per cent and for the three months to the end of June, growth of nine per cent, which Numis analyst Gareth Davies said offset the reduced return from Zoopla's IPO in June.

Underlying ad revenue for MailOnline jumped 49 per cent as the website's monthly unique browsers hit 169 million, up 39 per cent on the same period last year. Print ad revenue at the Daily Mail and Mail on Sunday dropped five per cent.

Investors were disappointed with the trading statement as DMGT shares dropped by as much as two per cent this morning.