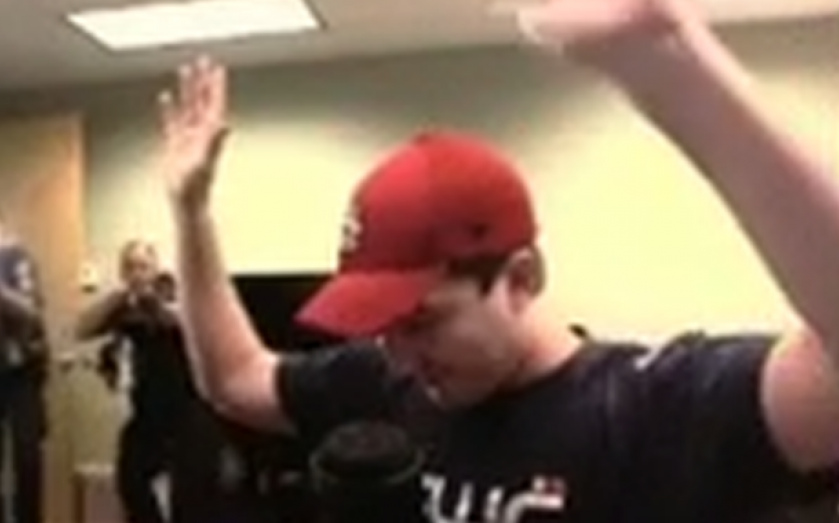 The stranger side of Amazon's recent acquisition, Twitch: a professional gamer’s live streaming session was crashed by a SWAT team, a surreal event captured in a remarkable YouTube video.
Jordan Mathewson, who games under the alias “Kootra”, found himself the unfortunate victim of a prank known in the gaming community as “swatting”.
According to local reports, the police had received a phone call about an active shooter in the offices of The Creatures LLC, the gaming group to which Mathewson belongs.
The call was later revealed to be false, but not before nearby schools and businesses had been evacuated.

Really jacked up. This is the scene atm. Still no sign of @kootra pic.twitter.com/wwuogioq1p

The video shows Mathewson live streaming a game of Counterstrike through the Twitch video service, when he notices the sound of police in the building.
“Uh-oh. This isn’t good,” he murmurs; "they're clearing rooms…what in the world?…I think we’re getting swatted.”
Police storm into the room, point their guns towards a bewildered (and probably terrified) Mathewson and scream at him to keep his hands in the air and get on the ground.
The Urban Dictionary describes Swatting as:

A goal achieved by hacking where the hacker tricks 911 systems into deploying SWAT to an unsuspecting victim’s home under false pretenses.

After he was released, Mathewson tweeted this message to his followers:

Dag nabbit that was dern sure an experience. I am all Ok though. Thanks for all the supportive tweets everyone

Watch the video below:

Twitch, the video streaming site being employed at the time of the SWAT raid, was bought by Amazon for $970m (£585m) earlier this week.

Amazon chief executive and founder Jeff Bezos said of the deal: “Twitch has built a platform that brings together tens of millions of people who watch billions of minutes of games each month.”

While Twitch can undoubtedly bring people together, the prank played on Mathewson reveals it can also be used for more sinister means.