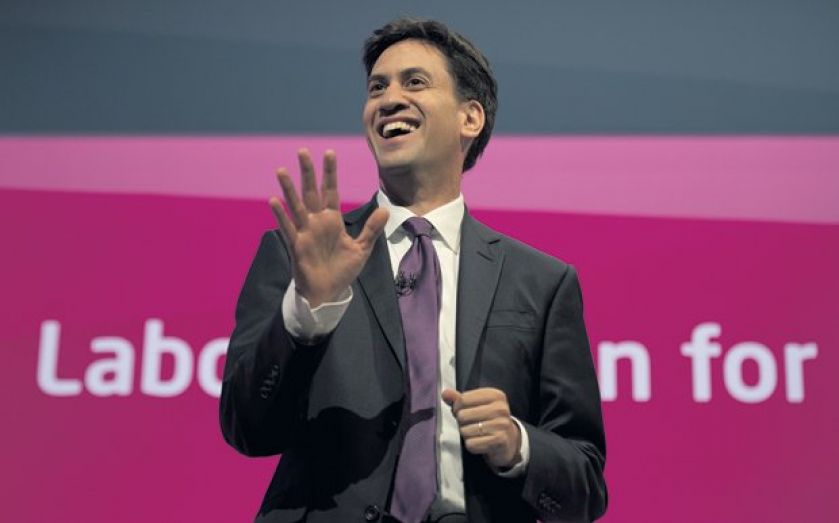 Labour’s party conference will see Ed Miliband try to shift public focus away from the Scottish referendum fallout and back towards the choice at next year’s general election. In particular, he’ll seek to refocus our minds on the “cost of living crisis” narrative that he’s been composing since 2011. Policy announcements over the weekend suggest, however, that our political parties are still taking the wrong approach to addressing what is a legitimate public policy concern.

The fallout from the financial crisis has seen a substantial fall in living standards. Real household incomes are about 20 per cent below where we might have expected them to be had the financial crisis never occurred. This has brought attention to the high and rising cost of essentials, which in a range of product markets preceded the crash. House, energy, food and childcare prices have rocketed, and these items take up substantial proportions of the budgets of those on low and modest incomes.

It is to Miliband’s credit that he is so concerned about this issue and keen to assess whether there is anything policymakers can do to help. The problem is that politicians have shown no appetite for understanding why prices are so high. If they had done so, they would have observed how the high prices identified often have their origin in misguided state intervention. Instead, our political leaders advocate more intervention – treating the symptoms of high prices through greater government control of wages and prices, buttressed with new subsidies and interventions.

Unfortunately for Miliband, many of his base supporters and activists have a deep aversion to markets. Indeed, many anti-poverty activists see poverty as a consequence of capitalism. This manifests itself in debates across a range of issues: high house prices and rents are blamed on developers and greedy landlords; high energy prices and rail fares on privatisation; childcare is seen as a “good thing” – so the state should spend endless amounts on it; work is played down as a route out of poverty, and employers are labelled as exploitative if they fail to pay a so-called living wage.

As a result of adherence to these red herrings and fallacies, the party advocates a range of wage and price controls, subsidies and threats to re-nationalise on the basis of supposed “market failure” – with certain markets being politicised in a way not seen for a generation. On Sunday, Miliband called for a higher minimum wage, for example, and this comes following promises for an energy price freeze, rail fare caps, more “free” childcare and tenancy rent controls.

The history of wage and price controls shows that they simply do not work. Subsidies merely transfer the high costs from users to taxpayers, and nationalisation leads to industries beholden to producer interests to the detriment of consumers. What we really need if we are going to reduce living costs in a sustainable way is a supply-side agenda which will lower the cost of things – not attempts to legislate the problem away.

A real pro-poor agenda could entail: a significant liberalisation of planning laws to increase house-building and improve the productivity of the retail sector (in turn reducing product prices), abandoning green industrial policy – replaced with an economically-efficient means of carbon mitigation, deregulation of the childcare industry, abandonment at the EU level of the Common Agricultural Policy and biofuels policies which drive up food prices, and a reduction in highly aggressive sin taxes.

These types of policies would achieve Labour’s goal of reducing the cost of living without the significant economic risks associated with new interventions.

Ryan Bourne is head of public policy at the Institute of Economic Affairs (IEA) and co-author of Smoking out red herrings: the cost of living debate, released by the IEA yesterday.