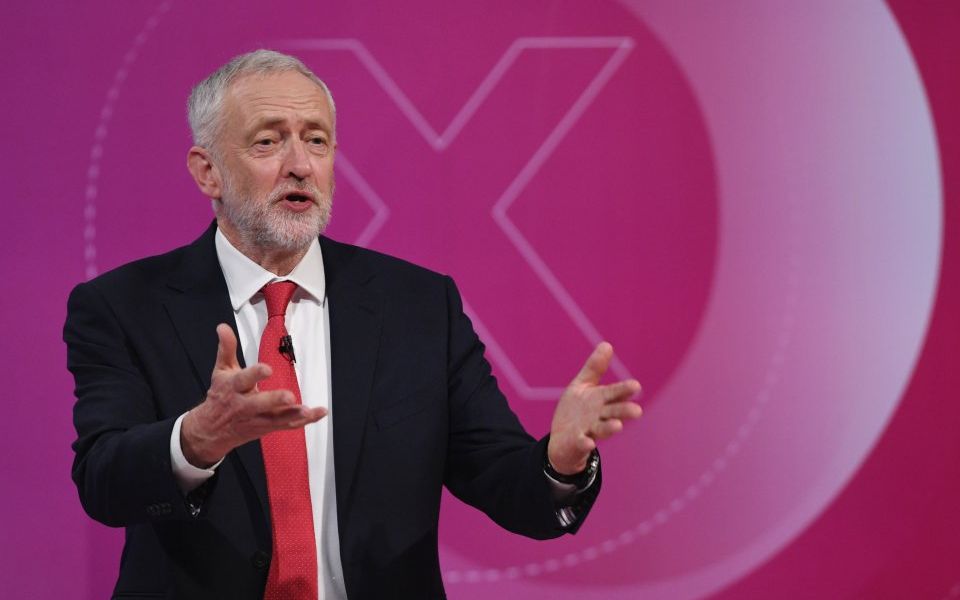 Back in November 2013, the general secretary of the Unite union, Len McCluskey, outlined what he believed was so refreshing about then Labour leader Ed Miliband’s platform.

“What is particularly important is the underlying rationale for what Ed has proposed,” McCluskey boomed. “There are some things too important to be left to the market.”

“Too important to be left to the market” – that old left-wing cliche.

Food and clothing seem fairly important to our wellbeing. But the fact that we obtain them overwhelmingly through voluntary transactions suggests that “importance” doesn’t provide much insight for how to outline the scope of government.

Yet read most speeches by Jeremy Corbyn today, and even this principle seems moderate.

Comrade Corbyn doesn’t limit himself to important things being within the purview of government, but includes almost anything popular too.

Many theories exist about what the state should do, of course.

Some emphasise a nightwatchman government, which enforces the law and property rights and offers defence from external attack, but does little else. Some believe that the government should step in to correct for various “market failures”.

Some see an extensive role for the state in redistributing incomes, and others still task it with a responsibility to save us from ourselves, using policies to correct human behavioural biases.

But where Corbyn is concerned, it is difficult ascertain any limit whatsoever.

How else does one explain his desire for a new British Digital Corporation, a sort of public sector combination of Netflix, Amazon, and Facebook? It’s not like there is some radical failure by private companies to provide this type of content – they are already doing so.

This isn’t some kooky entrepreneurial idea for the state to try something completely new. No, in large part the Labour leader simply wants to replicate existing private sector activity, financed by taxing the very companies that have undertaken the innovations in the first place.

You don’t need to take my word for it – by naming these companies as guides for what he wants to emulate, Corbyn himself admits as much. In his Alternative MacTaggart lecture, where he flew the kite for the concept, Corbyn explicitly said that “the public realm doesn’t have to sit back and watch as a few mega tech corporations hoover up digital rights, assets, and ultimately our money”.

It is an alien concept to the Labour leader that, in a free economy, a company can only “hoover up our money” if it is providing us with a product or service that we strongly value. For Corbyn, a company being successful and providing us with things we desire is evidence that the government should reinvent the wheel and use its power to secure a piece of the action.

If this had been an initiative from the Chinese government, commentators would be bemoaning a dystopian future. The potential for abuse, after all, from a centralised government-backed institution collecting data and running some form of social media service would be very high indeed.

Here in the UK, though, the concept sparked mild amusement and mockery from our free press. We are underestimating the seriousness with which Corbyn and his entourage take these kinds of ideas, and how much they detest private enterprise operating for profit even in new and upcoming industries.

It is difficult to imagine what impact this outlook would have on the broader economy. But in a world where the government steps in and uses its power not only to threaten punitive taxes but also to compete in any market perceived to be successful, investment and innovation will be dampened.

What, after all, would be the incentive to come up with or deliver a new idea if the state would then in effect usurp your intellectual property?

If Corbyn gets into government, this speech on the future of the media will, I wager, be perceived as an important one.

It encapsulates so many dangerous principles which could have a profound impact – from a desire to tax the new to prop up the old, to politicians determining what “real” journalism is, right through to the assumption that a concentrated sector (such as that of British newspapers) is not inherently competitive (it is).

Read more: Corbyn’s plan for the BBC would harm the press he wants to protect