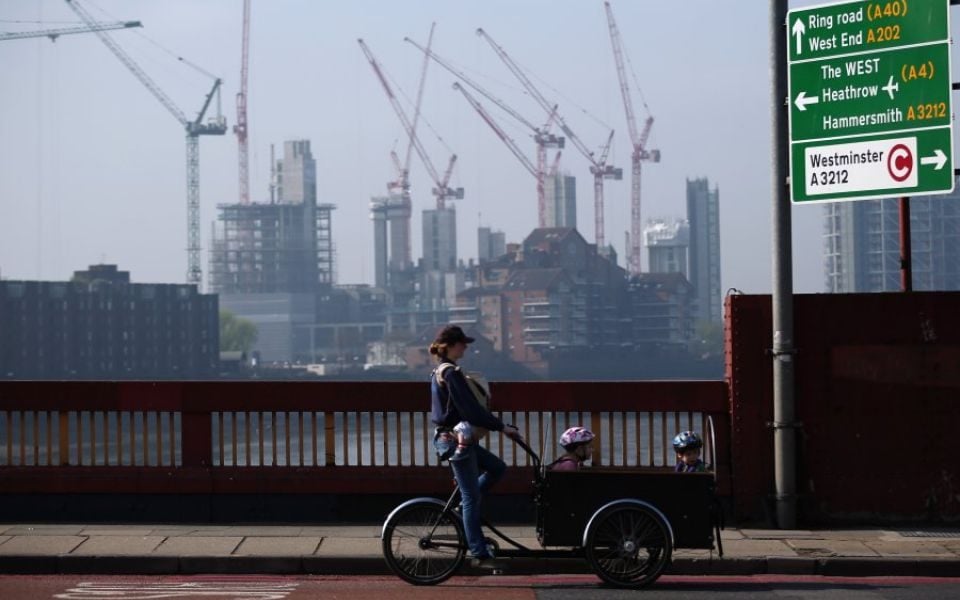 Britain’s construction industry grew again in April after two months of contraction, driven by the fastest rise in house building so far in 2019.

The construction purchasing managers’ index (PMI) stood at 50.5 in April, compared to 49.7 in March, bouncing back from the first back-to-back fall in output in more than two years last month. The PMI, a closely followed industry metric, reads above 50 to indicate growth, and below if it has shrunk.

The latest reading shows a modest expansion of overall construction output, tipped back into growth by the house building sector’s strongest showing since December amid solid demand for work and a “strong flow of new buyers”.

Other areas of construction remained weak, however, with commercial construction output shrinking as Brexit-related uncertainty led to delays in clients’ decisions to spend money on projects.

Tim Moore, associate director at IHS Markit, which compiles the survey, said: “A return to growth would normally be considered a positive month for the UK construction sector, but the weakness outside of house building gives more than a little pause for thought.”

Civil engineering activity also decreased in April, although the rate of contraction was “marginal”. Firms said there was a lack of new work to replace finished infrastructure projects.

Firms said there was a modest decline in total new orders in April, with the fall in new work reaching its quickest pace in more than a year. They put this down to political uncertainty, softer UK economic growth projections and subdued demand for new commercial projects.

Duncan Brock, Group Director at the Chartered Institute of Procurement & Supply, said house building was “the only saviour of a sector otherwise heading for contraction again this month as deferred client decisions continued to impact on larger commercial and infrastructure projects, throwing the industry off-balance”.