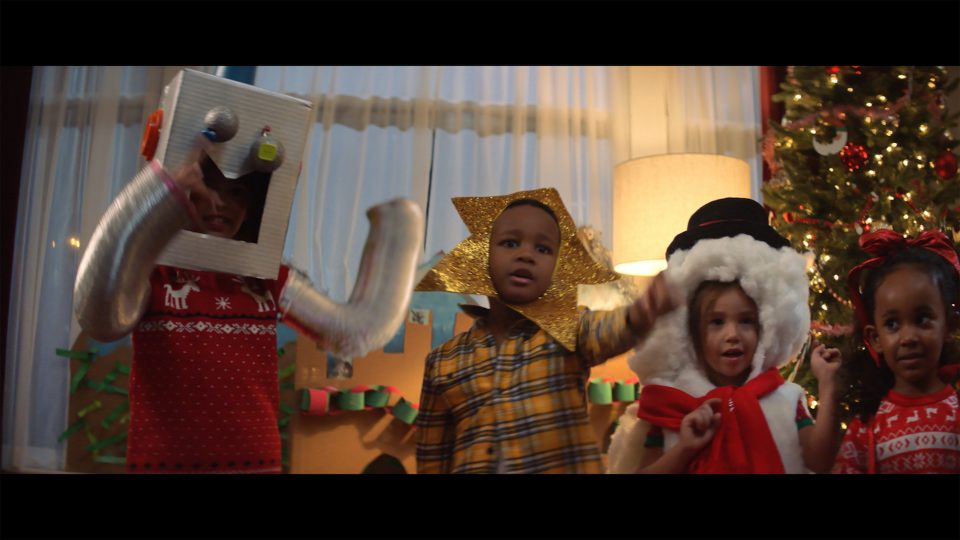 We might only be a week into November but some of UK’s biggest retailers have already launched their 2019 Christmas advert campaigns, as firms race to make the most of the crucial festive trading period after a challenging year for the high street.

In what has become a festive tradition, retailers have pulled out all the stops to get noticed in an increasingly competitive market, roping in famous faces, choosing the catchiest songs and developing heart-warming story lines to capture shoppers’ attention as Brits gear up for the annual Christmas spending spree.

The advert everyone is waiting for – John Lewis’s – is yet to be revealed and the release date is still under wraps, but here’s a round-up of the biggest Christmas advert releases so far:

High street giant Boots’ 2019 Christmas advert focuses on the stress finding the perfect gift  can cause after commissioning research that found a third of shoppers are worried about choosing the right present.

Marks & Spencer has stuck to the traditional formula with its 2019 offering; an idyllic snowy scene, a school choir, celebrity cameos, festive food close-ups and its classic catchphrase, “it’s not just food…this is M&S Christmas food”.

Viewers are led through a Christmas market by TV presenters Paddy McGuinness and Emma Willis, who sample the retailer’s popular seasonal products alongside real M&S customers and bump into Amanda Holden and Rochelle Humes.

It’s all set to an arrangement of Fleetwood Mac’s Albatross, sung by Ysgol Gynradd Llwyncelyn primary school from Wales after coaching from Justin and Dan Hawkins of The Darkness.

Read more: Christmas can come too early – or at least the adverts can

Kevin the Carrot returns in Aldi’s Christmas advert this year, which features a Christmas rendition of Robbie Williams’ Let me Entertain You, and a gang of flat cap wearing sprouts – the Leafy Blinders.

The advert begins with Russell Sprout and the Leafy Blinders threatening Kevin, who’s stolen the show as the star Christmas vegetable, before the carrot is able to escape to deliver a “Christmas Spectacular” show. Aldi UK marketing director Sean McGinty said: “Kevin’s popularity grows every year and he’s becoming something of a national treasure.”

The cutting edge advert takes viewers from a dinner party to a house party set 1,000 years in the future, featuring an ad-libbed spoken word voice over performed by actor and musician Little Simz.

In Amazon’s Christmas advert this year, families, friends, colleagues and strangers from all walks of life sing and dance to “Everybody Needs Somebody to Love” accompanied by a chorus of singing Amazon boxes.

“What matters most at Christmas is spending quality time together, with loved ones, family and friends,” said Simon Morris, vice president of Global Creative at Amazon. And buying all your presents off Amazon, of course.

The very nineties tradition of flicking through the Argos catalogue and circling your most wanted gifts is celebrated in the retailer’s 2019 advert, titled “The Book of Dreams”, which sees a father and daughter bond over a shared love of music.

The advert begins with a father seeing that his daughter has circled a drum kit in the catalogue, before a set of drums appears in front of him and the kitchen becomes the set of an impromptu gig as the duo drum along to Simple Minds’ 80s classic “Don’t You Forget About Me”.

In 2018 frozen food specialist Iceland hit the headlines after it used its Christmas ad ‘Rang Tan’ as a call to action over the use of palm oil. The eco-conscious film  beat Christmas marketing giant John Lewis to take crown for the “most watched Christmas advert ever”.

This year the retailer has played it safe with a collaboration with Disney’s Frozen 2. Frozen favourites such as Elsa, Princess Anna, Kristoff, Sven and Olaf feature in the exclusive animation, that sees the characters take part in a family game of charades, as Iceland also launches a Frozen-inspired food and toy range.

Payment provider Visa has featured real shopkeepers – including a bookseller, greengrocer, antique dealer and cafe owner – singing along to Queen’s Somebody to Love. Its 2019 Christmas advert is a call for consumers to back independent retailers on the high street – plenty of whom rely on Visa, as it so happens.

Retailers have also been invited to create their own version of the advert in a bid to win a prime-time commercial spot on national TV.

Visa UK and Ireland managing director Jeni Mundy said: “Through our Christmas campaign, we want to inspire people to visit and support their high streets, not just over the crucial festive period, but throughout the year.”

Swedish homeware retailer Ikea has launched its first ever Christmas advert, which aims to encourage the UK to defy “home shame” and open their houses up to guests over the festive season. Ikea said the advert – which features a couple being taunted by animate objects over the state of their home – is designed to go against the tide of sentimental Christmas ads.

“It was born from the common feeling, that along with the seasonal joys, a lot of us feel a looming sense of dread when it comes to hosting others with many of us feel ashamed of our homes over the Christmas period,” Ikea UK and Ireland county marketing manager Sarah Green said.

“We believe that every home can and should be worthy of a get-together and that with a little imagination, some clever products and ideas, there’s no reason not to be proud to invite your nearest and dearest over.”