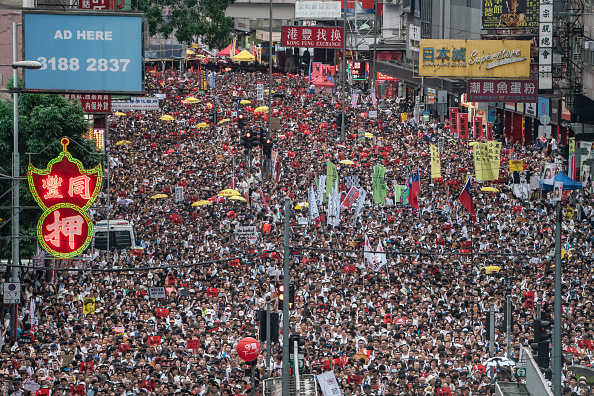 China’s foreign ministry has told the UK to stay out of the country’s internal affairs foreign secretary Dominic Raab called for a probe into the unrest in Hong Kong.

The financial hub has been embroiled in a number of protests since June, which have continued this weekend, and on Friday Raab suggested there should be an independent investigation.

It came following a phone call with the Hong Kong leader Carrie Lam, the foreign office said in a statement.

But now Beijing has told the UK to back off and stay out of its affairs.

A spokeswoman for the country’s foreign ministry, Hua Chunying, said: “It is simply wrong for the British government to directly call Hong Kong’s Chief Executive to exert pressure.

“The Chinese side seriously urges the UK to stop its interference in China’s internal affairs and stop making random and inflammatory accusations on Hong Kong,” she said.

She also added that Hong Kong is no longer a British colony and therefore the UK has no supervisory rights.

The city has been best by violent anti-government protests, plunging it into its worst political crisis since returning to Chinese rule in 1997.

The often young protestors have called for greater democracy and less disparity of wealth between the richest and poorest.

Raab condemned the violence, but emphasised the people of Hong Kong’s right to protest peacefully.