Chick Fight review – lame comedy is far from a knockout 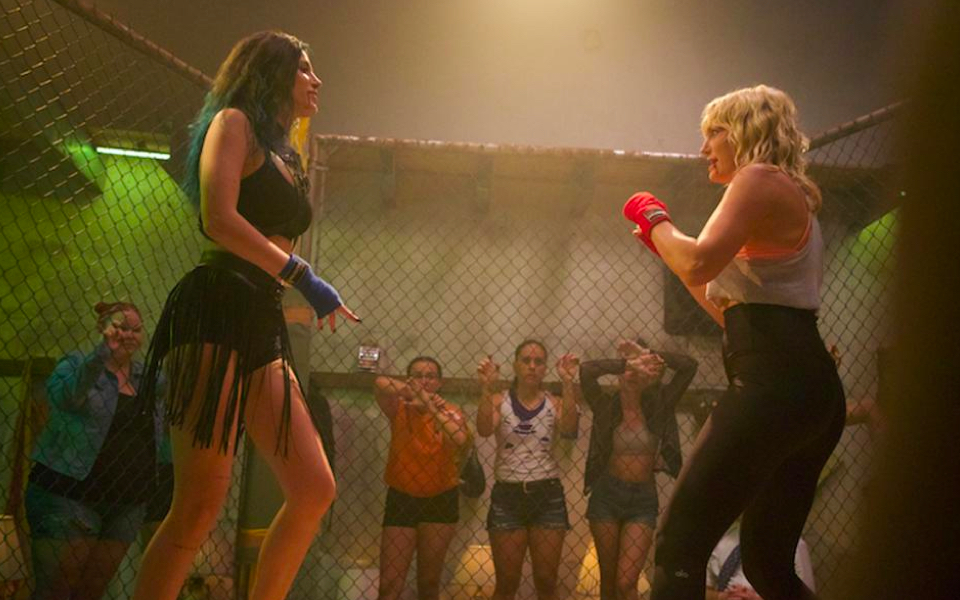 In the absence of expensive promotion and cinema foyers, some films rely on a snappy title to stand out in streaming queues. Chick Fight might catch the eye for the wrong reasons, but a film will try anything to keep you from scrolling past. Sadly, most who see this film will wish they had.

Malin Åkerman (Watchmen) plays Anna, a woman who is in a rut. Broke, single, and having lost both her house and car in the same day, this seemingly couldn’t get worse. As she hits the bottom, her friend introduces her to an underground fight club that allows women to punch through their problems in a safe space (well, as safe as cage fighting can be). Keen to overcome her issues but inexperienced in a scrap, she enlists a trainer (Alec Baldwin) and trains her way to glory in and out of the cage.

Ten years ago, this might have been a Hangover style misadventure that pushed the envelope to its limit. Today, it moves more toward a tale of empowerment and motivation, but just doesn’t get the job done. Jokes either fall flat or border on offensive (part of Anna’s ‘worst day ever’ is the discovery that her widowed father is dating a man). Even the idea of a fight club as a safe haven for women feels counter intuitive. Yes, Tyler Durden and company had the same idea in 1999, but it didn’t exactly work out well for them either.

Ackerman’s lead is nice, but hard to believe as an everywoman as she has the kind of problems that only seem to exist in Hollywood comedies. Her co-stars are just as broadly drawn, with outspoken best friend Charleen (Dulcé Sloan) being as overly supportive as Bella Thorne’s blue haired rival is mean. Baldwin has his moments as he slurs and cackles through their training sessions, but too often feels like an SNL character that didn’t make the final edit.

As a contender for your entertainment, Chick Fight just doesn’t excel in any discipline. It’s too basic to be thoughtful, too bland to be offensive, too predictable to be subversive. A poorly thought-out comedy that is probably best avoided in favour of something with more impact.