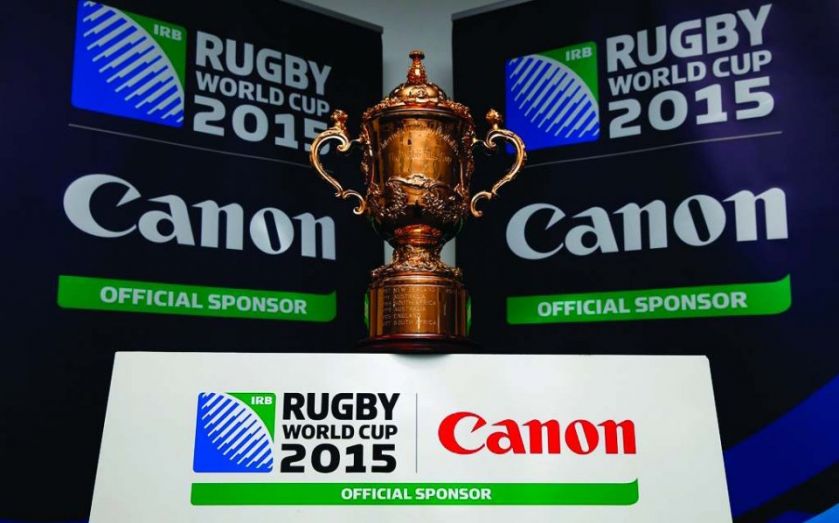 It is one of the most infamous moments in British sport. It is 1982, it is Twickenham, and England are playing Australia at rugby. The players, however, are mere bystanders. Erika Roe had bunked off work that day, but as she later explained, she was “a little bored” by the spectacle in front of her. So at half-time, she took off her top, hurdled the barriers surrounding the edge of the field, and ran bare-breasted onto the pitch in a startling moment of free-spirited expression that interrupted England captain Bill Beaumont’s address and parachuted her swiftly into the attention of the sporting – and wider – public.
Newspapers, television and radio had a field day. Images of Ms Roe flashing her bountiful assets around south-west London were beamed to all parts. To this day, photographs keep the memory alive. A moment in time, captured forever.
In the Twickenham crowd that day was a young James Leipnik. He did not know it then, but 33 years later his working life would draw him back to Twickenham – and back to that spur-of-the-moment decision by Erika Roe. Leipnik is chief of communications for the European arm of photography giants Canon, and for the first time this year they are partnering with rugby as an official sponsor of the Rugby World Cup.
He claims not to have had a camera with him at Twickenham that day – “I was too busy looking at the live action,” he says with a mischievous grin – but few are more aware of the stunning power of the still image.
“We call them keepers,” he explains. “Some shots are just special. That shot of Eric Cantona and the kung-fu kick, the moment Freddie Flintoff consoled Brett Lee during the Ashes. The images work across a wide spectrum from rational record to emotional connection. They chronicle history as it happens."

So why rugby for Canon?
“From a photographic perspective, the great thing about rugby is that you’ve got raw power, brute force, controlled aggression, perspiration; these are all really gritty, authentic things. But the sport  is driven by passion, which is emotion, and that’s where images come in, as they keep the emotion alive.”
When it comes to sponsorship, Leipnik insists the fit was an obvious one. Having worked across a number of different sports including football, tennis, athletics and motor sport, he has been particularly impressed with the professional, smart, respectful people he has found in rugby.
“This is our first foray into world class rugby, and we’re committed to the World Cup in 2019 in Japan too. As a Japanese company we’re really excited about the next few years with these two World Cups and then the Olympics in Tokyo in 2020. We tend to shy away from quick, knee-jerk, opportunistic involvements. This is all about long-term association, investment and brand exposure.”

Canon will be ensuring that they maximise their visibility during the seven-week rugby festival shortly to hit these shores. On the Rugby World Cup website, fans will be able to re-live those special moments through the photographs taken professionally and also contribute their own offerings. Quality shots could win tickets to the next match.
They will be able to see 360 degree images of the stadia and zoom in to find themselves in the stands. At the venues themselves, with the help of trick photography,people will be able to have a souvenir picture of themselves in the act of try-scoring or jumping at a line-out.
Behind the scenes, Canon are providing all the loan cameras and lenses, along with cleaning and repair services for official photographers.
“It’s a bit like sponsoring Formula One,” says Leipnik. “If Mercedes win, there’s a trickle-down effect to the road car. People respect the equipment professional photographers shoot with.”
Canon’s involvement is extensive. They expect the association to bear fruit, though they are prepared to be patient before seeing a meaningful increase in brand awareness, loyalty, and ultimately sales. Leipnik will not allow his own interest in sport to cloud his business judgement.
“I’ve always been neutral about sport,” he says. “It’s one of the reasons I hope I’m good at my job. I’m not hypnotised by personalities or fame, and we all know it’s easy for that to happen. I’ve always felt it allows me to be objective about rights, commercial value and customers.”
All of which is a long way from 1982 and that unexpectedly colourful afternoon at Twickenham.
“Thousands of images from this tournament will end up in books, on desks, walls, keyrings and computers,” says Leipnik.
It would be reasonable to assume that most of them will be wearing clothes this time.
CANON
OFFICIAL SPONSORS OF RWC