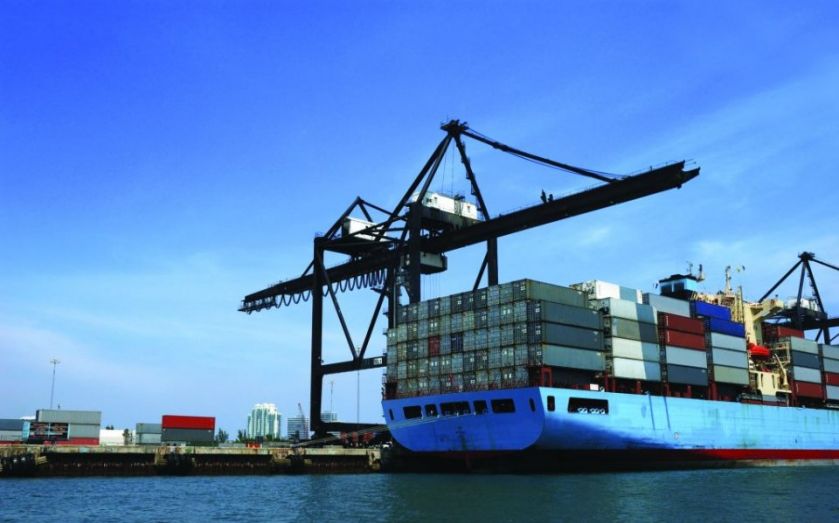 Commodity turmoil could blow the shipping industry off course.

The wider effects of stormy conditions in the global commodities market are emer­ging as more companies reveal tumbling earnings.

Shipping company Clarksons yes­terday published profits of £6.2m, down 36.7 per cent on the first six months of the previous year, citing “severe challenges faced by the dry bulk market” (of unpackaged raw commodities) as the primary cause of the decline.
Commodity turmoil could blow the shipping industry off course.

Andi Case, Clarkson’s chief executive, said: “The multi-cyclical and volatile nature of our markets has once again been demonstrated by the sudden shift in oil and other commodity prices, giving rise to a consequential change in the demand supply balance in many markets.”

Shares plummeted by as much as 11 per cent but headwinds facing Clarkson underscore wider turmoil in the commodities market.

Demand for raw materials has fallen sharply in recent months, due mainly to a global glut of crude oil and changes in Chinese economic strategy.

The Baltic Dry Index, which tracks the movement of raw materials, fell to its lowest level since 1985 earlier this year, while the index was 43 per cent weaker than the previous year.

Part of this is down to China, which has turned away from coal towards cleaner energy sources. And a more general slowdown in the country’s economy has led to a reduction in imports of materials like iron.

Manufacturers in China are playing a cat-and-mouse game with com­modity brokers, stockpiling raw materials to delay purchases and then taking advantage of the increase in supply that follows. This will continue to affect the market as manufacturers look towards restocking in the next six to twelve months as their supplies run dry.

Fluctuations in the commodities market like these can quickly have a negative impact on shipping, as too many ships compete to carry the falling quantity of raw materials being traded around the world.

The effects on chartering rates and the value of vessels in the Panemax and Capesize classes ­– which make up around 80 per cent of the world’s shipping fleet – are felt on a monthly, or even weekly basis while the supply of ships, which can take years to build, is related to much older predictions of market performance.

With the supply of ships running far ahead of demand in the commodities market, options include scrapping ships in order to reduce the number in operation.

Gert Zonneveld, analyst at Panmure Gordon, said shipping companies simply needed to weather the storm. “It’s just a matter of waiting for that excess capacity to be absorbed,” he said. “Demand continues to grow, it’s not a lot, maybe three or four per cent, but it continues to grow, so the over-capacity needs to be absorbed to get to a more stable market.”

Zonneveld said Clarkson’s outlook remained broadly positive, with its takeover of Norwegian shipping broker and investment bank RS Platou, completed in February 2015, likely to have significantly increased its growth prospects: “The Nor­wegians are the power-house of shipping and offshore so to be able to add those relationships to your own is likely to result in broader and deeper relationships. That’s one of the real areas where new revenues will come from,” he said.

Meanwhile, analysts at Nomura were also positive, saying troubled seas in the commodity markets would see business piloting in the direction of safer, “quality” vessels such as Clark­son.

“These tough conditions continued to drive a flight to quality that suits Clarkson’s full-service client offering, enabling it to make ongoing market share gains that will leave it especially well positioned when shipping mar­kets turn,” they said.