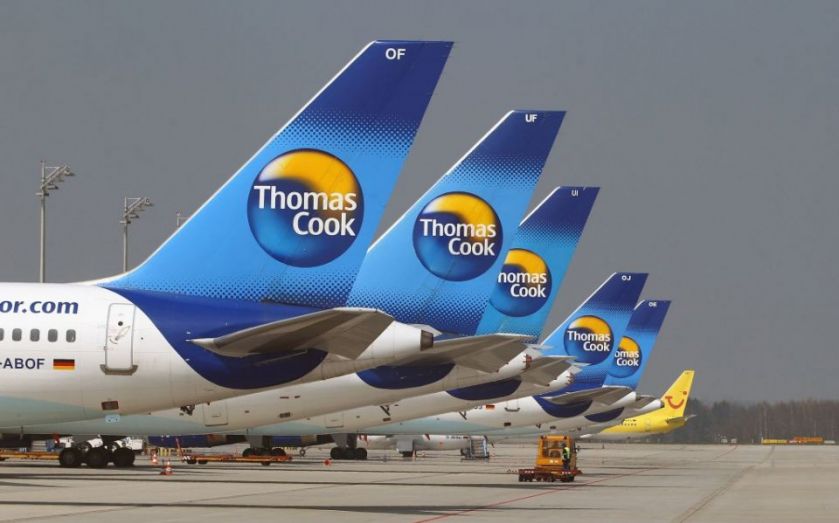 Thomas Cook is under pressure to review a £10.5m payout to former boss Harriet Green amid mounting criticism over its response to the deaths of two British children in Corfu.
Green is set to collect seven million Thomas Cook shares – worth £1.47 each –  under a pay deal struck in 2012. The  timing of the payout has raised eyebrows in light of mounting criticism of the group over its handling of the tragedy.
The Institute of Directors (IoD), an influential business group, issued a rebuke to the company yesterday over its “shameful behaviour” in response to the Corfu deaths.
“There is so much our big companies get wrong – often because they are rigid and inflexible, and because they follow the letter rather than spirit of the law,” IoD director general Simon Walker said in the group’s in-house magazine Director.
“Those of us who champion business need to be critical when companies mess up.”
The travel company was forced to apologise last week over its handling of the case of Christi and Bobby Shepherd, who died from carbon monoxide poisoning on a Thomas Cook-arranged holiday in 2006. An inquest last week found the company had “breached its duty of care”.
Thomas Cook’s remuneration committee is set to review Green’s bonus at a meeting next month but the payout has led to renewed scrutiny of the firm’s handling of the incident over the past nine years, including under Green’s tenure.
Labour MP Mary Creagh, who represents the Shepherd’s Wakefield constituency, said: “I would urge the remuneration committee to listen to what people have been saying about the company and think carfully about what message this kind of bonus sends.” She added that Green needed to “look at her conscience” before accepting the award.
Creagh is due to table an early day motion in parliament tomorrow criticising the “shameful” treatment of the family by Thomas Cook.
A spokesman for Green yesterday said she was “personally disappointed” with the company’s  handling of the inquest and its “failure to provide an immediate and fulsome apology to the family”.
He added: “Her remuneration is based on her ability to turn around a failing company, not on the handling of a legal process and an inquest in which she had no direct involvement.” Green helped steer the group’s share price from its 14p doldrums when she took over in 2012 to £1.40 when she left last November.
Boss Peter Fankhauser, who succeeded Green, last week admitted the group failed to show enough “compassion” in light of the tragedy and admitted he should have apologised sooner when he took over the firm
The company was also roundly condemned for winning £3m in compensation over the deaths, later donated to charity, while the parents received £350,000 each.
Consumers have threatened a boycott of the company, while leading parents’ website Mumsnet pulled Thomas Cook adverts from the site after a backlash from users.
Share:
Tags: Company Thomas Cook Group