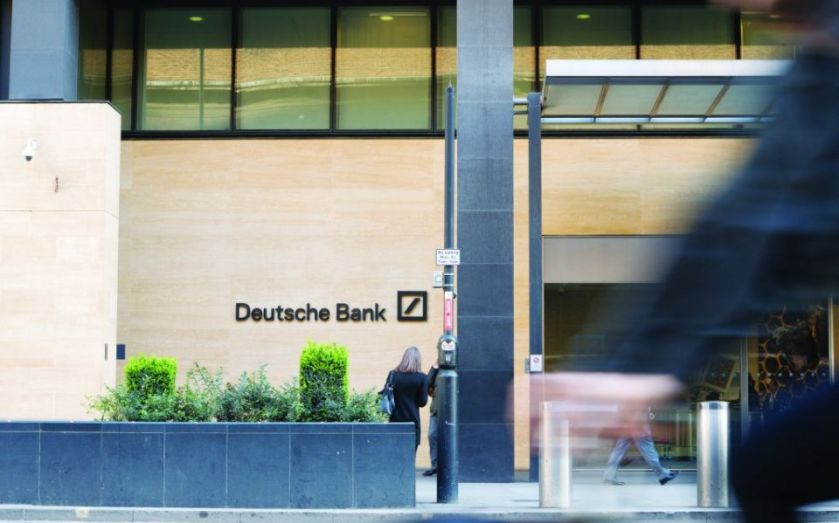 Deutsche Bank successfully priced a main-market flotation on the London Stock Exchange yesterday, on the eve of the most uncertain General Elections in decades. Despite claims that investors would not stump up funds at the time of a close vote, Integrated Diagnostics Holdings’ initial public offering (IPO) came through successfully. The stock even rose sharply on conditional trading – the shares increasing 26 per cent from the float price of $4.45 to $5.60 over the day. That hike means the firm’s valuation rose from $668m (£438m) to $835m. Unconditional trading commences on 11 May. The medical services firm had hoped to float in February with a joint listing in Egypt, its home market. But administrative delays led the firm to press ahead with the London listing. “There is UK money on the book, but more from emerging markets investors who are less swayed by the election,” said one insider with knowledge of the deal. “Those emerging markets funds in London, the US, South Africa, as well as a lot of high quality global healthcare institutions as well.” In fact, rather than being put off by the election, investors were happier with the firm because of the London listing. The location in the capital brings reassurances of better governance and lower volatility. Similar medical floats include two from the UAE coming to London – Al Noor Hospitals in 2013 and NMC 2012, both of which have since performed strongly. There are some smaller IPOs coming to the market despite the General Election, with self-invested personal pension plans provider Curtis Banks listing on the Alternative Investment Market (Aim). Meanwhile MayAir Group is also floating on Aim today.