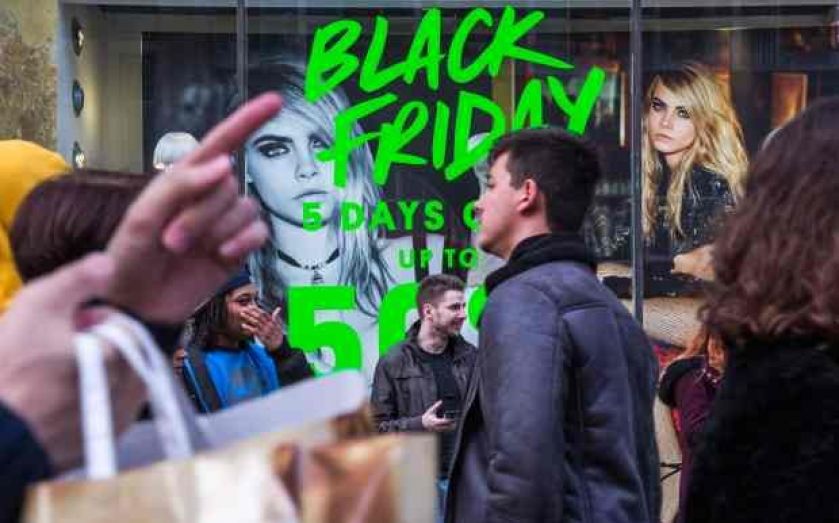 It wasn't just customers Black Friday 2014 took by surprise. Despite their heavy discounting, many retailers were unprepared for the frenzy that took place as shops opened. Words of abuse were exchanged, there were even punch-ups as consumers clamoured to get that last bargain flatscreen telly.

And although the spending bonanza has helped lift sales figures for many retailers (online white goods seller AO World being today's example), it turns out it didn't actually increase the amount we spent.

Figures by Visa Europe that although Christmas spending happened earlier, it didn't necessarily increase. In fact, while year-on-year sales rose 2.1 per cent in November, that fell back to a one per cent rise in December.

On a monthly basis, the decline was more pronounced: month-on-month sales jumped 1.7 per cent in November, then dropped 2.8 per cent in December.

And it seems those punch-ups in the supermarket aisles were a symptom of where the most shopping was talking place: online sales fell for the "third successive month" in December, Visa said, falling 0.6 per cent on an annual basis, after a 0.1 per cent fall in November and a massive 1.5 per cent drop in October.

There were some clear winners in December for whom Black Friday had no effect. Hotel, restaurant and bar owners will all have raised a glass in celebration of consumer spending 7% higher than last December. Likewise food and drink retailers enjoyed 2% growth compared to Christmas 2013.

The latest data perfectly encapsulate the retail phenomenon created by Black Friday, as the heavy discounting seen over that weekend led to a shift in spending into the back end of November and early December at the expense of trading in the immediate run-up to Christmas.