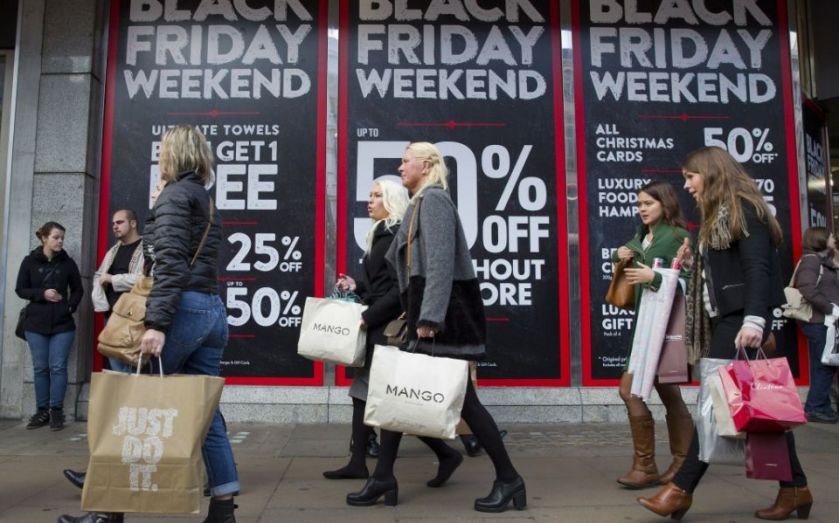 Black Friday fever is sweeping the nation, with many retailers saying they will get some of their best sales yet. But where did the bumper discount day come from and where will it hit next?

Where did Black Friday come from?

Black Friday – like Halloween, McDonalds and theme parks – is an export from the other side of the Atlantic.

It started back in the 1940s and its rise coincided with the incidence of big department stores and discounters in the US. The day after Thanksgiving, retailers would offer hefty discounts, and families would flock to these stores in order to pick up some bargains.

"It's just built and built from there," Bryan Roberts, director of retail insights at Kantar Retail told City A.M.

Some say that the day's name was coined in Philadelphia, Pennsylvania by its exasperated police force, apparently in reference to the heavy traffic flow and crowded streets they had to deal with the day after Thanksgiving.

Another explanation is that Black Friday was the day retailers began to make a profit, tipping balance sheets from the red into the black.

How did it come to the UK?

After that, other retailers began to take notice, with Currys & PC World offering an online price crash during the weekend of Black Friday in 2012.

Last year when the likes of John Lewis – bound by its price match guarantee to meet competitors' offers – and Walmart-owned Asda started offering Black Friday discounts, it really took off.

"This was probably the year when a major retailer embraced it in the traditional sense by offering in-store only promotions," Roberts said.

UK shoppers are expected to spend even more this year in what's tipped to be this year's biggest online shopping day.

Is it here to stay?

Black Friday is here to stay and it's only going to get bigger.

"What we're seeing … is a mirroring of what we saw happening in the US," Roberts said. "It's moved away from a one day event, to two or three days, and even a week".

Black Friday is everywhere this year, and just 17 per cent of people in the UK do not know what it is, according to figures from Kantar Retail.

"It's really gone through the roof this year, not only with retailers marketing Black Friday, but also media coverage of it," Roberts said.

Who else has Black Friday?

"The UK is leading Europe in its adoption of Black Friday," Roberts said, comparing our take up of the day to the way we have joined in with Halloween celebrations.

The Scandinavian arm of Dixons has been running a themed Black Friday discount for a few years now, while French hypermarkets like Carrefour have started using Black Friday as a big promotion.

But Europe is much further behind the UK. Kantar Retail estimates that 60 per cent of French people still don't know what Black Friday is.

"A whole ton of online and electronic retailers across Europe have started using Black Friday too," Roberts said.

Watch: A history of Black Friday