Black Bear review – a meta tale of twists and turns 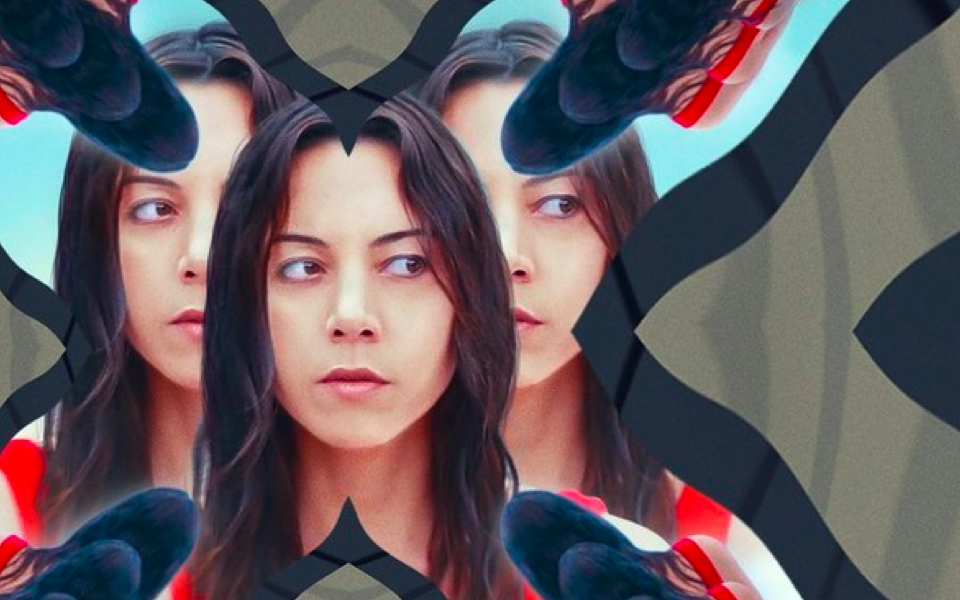 Recently, we’ve been treated to big budget studio fare in the on-demand space, as Godzilla fought Kong, Eddie Murphy’s prince returned to America, and Zack Snyder re-assembled his Justice League. However, with cinema re-openings just a few weeks away, the larger blockbusters are holding off and, for the moment at least, the VOD space has become the realm of arthouse stories once again. Black Bear perfectly fits that category.

Aubrey Plaza stars as Allison, an actress who arrives at the guest house of unhappy couple Gabe (Christopher Abbott) and Blair (Sarah Gadon). Allison’s mysterious air sparks jealously and contempt, but the two-part story leads into an elaborate plan for a director determined to realise his vision.

If a film leaves you feeling stupid, it’s either because you weren’t paying attention (we’ve all been there), or the film maker hasn’t articulated their story well enough. With Black Bear, both outcomes will be possible. If you look away from the screen, you risk missing one of the quiet about turns that the plot makes, carrying on without checking to see if you’re with them. On the other hand, director John Michael Levine does get a little bit engrossed with the blurring of fact and fiction, as well as the film-within-a-film concept. It’s very clever, but it is also very aware of that fact.

Narrative devices aside, there is a fascination exploration of the lengths people will go to for artistic fulfilment. The often surreal, isolated environment of a film set leads to the bending of moral codes, mental manipulation, and outright hostility in pursuit of the perfect take. This is perfectly encapsulated in Abbott’s portrayal(s) of Gabe, a temperamental artist who resents and gaslights the women around him.

Those women, however, are not simply his targets. Plaza is perfectly placed for such a mysterious story, shooting glances that could be read a thousand different ways in the first part, and teasing a volcanic explosion of emotion in the second. Equally, Gadon finds interesting notes in Blair, first as a frustrated bystander then as a willing accomplice. If any of this sounds mysterious, it’s because delving too deeply into the plot risks spoilers, but trust us when we say they navigate the film’s emotional hurdles with ease.

Black Bear isn’t a film to watch idly on a Saturday night, occasionally glancing at your phone. It’s meant to be studied, absorbed, and discussed for about an hour afterwards. For some that might feel like homework, but if you like your art to challenge you, it is well worth jumping down the rabbit hole.

Black Bear is available On Demand from 23rd April.