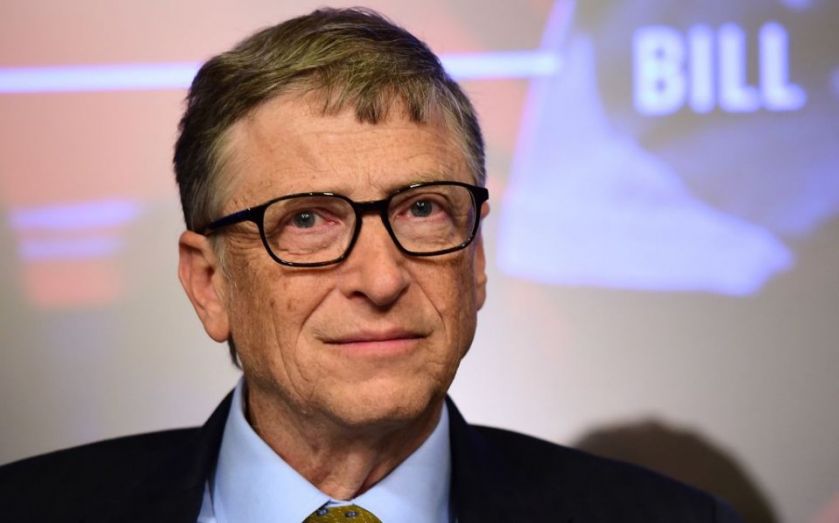 Facebook founder Mark Zuckerberg joined the top 20 for the first time with an estimated fortune of $33.4bn (£21.7bn), placing him at 16. He is followed by a host of newcomers.
Snapchat co-founder Evan Spiegel, 24, has become the youngest person ever to be named on the 2015 billionaires list released last night, with a net worth of $1.5bn. His wealth is roughly the same as that of his colleague Bobby Murphy, aged 25.
Travis Kalanick and Garrett Camp – the founders of taxi app Uber – made the list each with a net worth of $5.3bn. Their colleague Ryan Graves, aged 31, scraped in with $1.4bn.
The three founders of room accommodation website Airbnb, Brian Chesky, Nathan Blecharczyk and Joe Gebbia, are worth around $1.9bn each. Elizabeth Holmes, founder of biotech firm Theranos, entered the list for the first time, aged 31, with a net wealth of $4.5bn.
Bill Gates has topped the rich list 16 times in the last 21 years, this year just edging ahead of Carlos Slim. The 2015 list had 290 new entrants, putting the total number of billionaires at 1,826. The number of women on the list rose from 172 last year to 197. The richest woman was Walmart heiress Christy Walton, who was eighth at $41.7bn. The US had the most billionaires, with 536, followed by China at 213, Germany at 103 and India at 90.

FORBES’ LIST OF THE RICHEST PEOPLE AND THEIR WEALTH

Basketball legend Michael Jordan enters the list after seeing the value of his stake in the Charlotte Hornets basketball team climb in value. It is now worth $500m (£325m). He is also the recipient of payments from Nike for the iconic Jordan brand, which netted him  $80m in 2013. A $1bn total.

At the age of 24, Snapchat co-founder Spiegel is the youngest ever person to make the list. He is joined by his colleague Murphy, who is also worth $1.5bn. The pair rejected an offer for the company worth $3bn in 2013. It was a wise move in hindsight with current valuations putting it nearer $20bn.

Travis Kalanick
Uber co-founder Kalanick is a newcomer, with a net worth of $5.3bn despite the firm running into legal difficulties in a variety of countries.

The Facebook founder entered the top 20 list for the first time this year having amassed an estimated net wealth of $33.4bn.

Holmes was studying chemical engineering at Stanford University before she dropped out to start her own company. She has retained more than half the stock in her blood testing company Theranos, which puts her on the list for the first time, aged 31, with a net wealth of $4.5bn.

Gebbia makes the list for the first time after co-founding room-letting website Airbnb in 2008 with Brian Chesky and Nathan Blecharczyk. They are each worth $1.9bn.