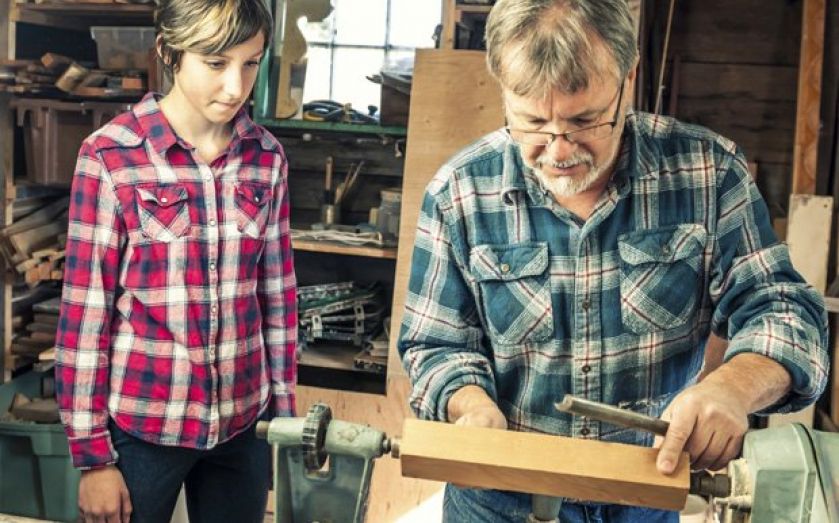 Long the “gold standard” of the education system, A-Levels unlock the next stage of education or a career for hundreds of thousands of young people across the country. But it’s easily forgotten that they are only taken by a minority – just 37 per cent of the UK’s 18-year-olds. So why don’t the alternative qualifications carry as much weight?

There’s a common lament over the paucity of clear alternatives for those who are “better with their hands”. And businesses are increasingly warning of a chronic technical skills shortage in UK labour markets. Indeed, there has long been cross-party support for a significant and continued increase in apprenticeships.

Unfortunately, “better with their hands” all too often suggests “not very bright”, or “poorly behaved”. We need to stop seeing vocational education as the option for non-academic students. The modern plumber, for example, needs to have strong arithmetic skills in order to understand complex pricing and measurements, as well as having excellent communication skills and scientific reasoning. So the idea of a Technical Baccalaureate – championed by both the Coalition and Labour – is highly appealing.

The plan, starting in September, is to create a qualification with all the prestige of an A-Level, but which is vocational. It will involve a high quality technical subject, a Level Three (A-Level equivalent) course in maths, and an extended research project. So far, so good.

But if I had a pound for every time a politician used the phrase “parity of esteem”, or simply asserted that a certain vocational qualification would be “highly valued” and “prestigious”, I would be able to more comfortably afford London plumbers’ fees.

Labour tried to make the BTEC a prestigious qualification by making it highly weighted in league tables. But this didn’t work. And neither did diplomas really catch the nation’s attention. If the Technical Baccalaureate is going to work, it must meet the criteria that make A-Levels prestigious.

So what gives A-Levels their high status? First, they are relatively hard to access. To be accepted onto a programme of three A-Levels, most institutions ask for at least B grades at GCSE in the subjects students wish to take (achieved by around 40 per cent of candidates). A wider set of similar grades is also often required.

Second, it is difficult to achieve high grades in A-Levels. Again, there are heaps of stories flying around about how easy it has become to get three A grades, and 26 per cent of A-Level results were either an A or A* in 2013 – a figure that’s risen consistently for the past 30 years or so. But that means 74 per cent of A-Level candidates got a B or below.

Finally, A-levels are “facilitating” qualifications – they open doors to students. The top universities might complain that too many pupils are getting the highest grades, but A-Levels are still by far and away the dominant qualification for entry to even the most challenging degree courses.

So despite all the heat they get, we value A-Levels. Students who see themselves as capable and destined for success typically take them. These are the tests the Technical Baccalaureate must pass. Currently, the entry criteria have been set at a C grade in both maths and English at GCSE. But obviously there is a huge difference between a student scraping a C in these two subjects and someone bringing in a raft of As and A*s.

Will students feel they are on a truly prestigious route, or will this be seen as a track for those who didn’t get high enough grades to take A-Levels?

Second, will it be hard to do well in the Technical Baccalaureate? If the qualification is to produce the best technically educated students, and be considered as a route to more challenging courses and careers, it must be sufficiently difficult to stretch the most able, and distinguish between students.

Finally, and perhaps most importantly, will it be a “facilitating” qualification? The marketing materials promise the option to go on to university, listing IT, law and engineering as possible areas of study.

If it’s to be as well-regarded as A-levels, but different enough to justify its existence, the Technical Baccalaureate will need to allow access to some of the best higher education institutions.

Universities have demonstrated that they will not be pushed into taking students with sub-standard qualifications, so this new course must be sufficiently preparatory for further study if it is to compete with the status quo.

If the Technical Baccalaureate can achieve these goals, it will offer a genuine alternative for young people. If it doesn’t, those who are “better with their hands” will remain in search of a well-regarded alternative.