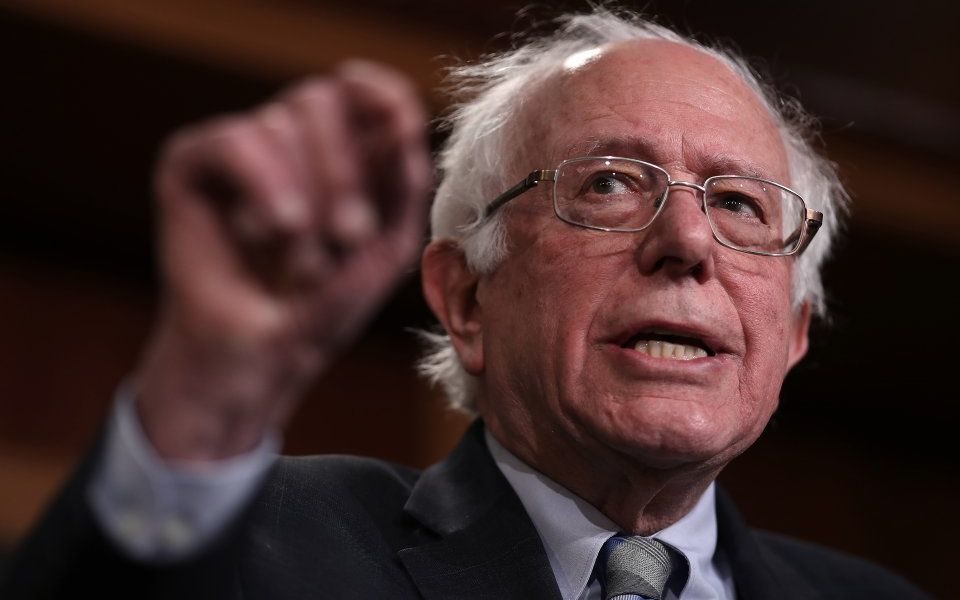 In December 2019, a peculiar experiment in British politics hit the buffers in a most brutal manner. One of our great political parties — Labour — had gambled that it could swing radically leftwards away from the ideological centre ground. Its expectation was that it would win a sweeping victory with an enhanced coalition of young and dispossessed voters in an election defined by its signature policies of massive public spending, tax rises, and a focus on healthcare.

Labour was wrong. Jeremy Corbyn’s hard-left leadership resulted in Labour’s lowest MP tally since 1935. The party’s traditional heartland seats fell into the hands of the Conservatives in reaction to what was seen as a too liberal and metropolitan agenda, marred further by antisemitic incidents seemingly condoned by the leadership.

It might have been thought that those watching this debacle in other countries would have learned from the singular lesson administered by the British electorate.

If so, then America’s Democrats must have tuned into a different channel. Their party is fast developing a Bernie Sanders-sized headache that could prove even more deadly to their political fortunes than the Corbyn-induced hangover that Labour is now nursing.

Heading into Saturday’s South Carolina primary, Sanders is the man to beat — which is somewhat improbable, given that he is a 78 year old recent heart attack survivor who is refusing to release his medical records.

Sanders has topped the popular vote in all three early contests in Iowa, New Hampshire and latterly Nevada, where he won by 26 percentage points. While former vice president Joe Biden retains a narrow lead in a state where African Americans — a traditional Biden stronghold — constitute a majority of Democratic voters, Sanders has been gaining on him.

While it remains unclear what the effects of the Nevada result’s momentum might be, moderate Democrats are getting nervous. Centrist candidates have failed to catch fire, and while former New York mayor Michael Bloomberg waits in the wings to enter the electoral fray next week on “Super Tuesday”, there appears to be no obvious candidate who can unite the centre in the way that Sanders has ignited the left of the party.

If Sanders is able to cement his front-runner status, it is likely that even Bloomberg’s billions will not be able to deny him a delegate lead by July, when the Democratic Party Convention swings into action to nominate its presidential candidate.

Moderates are right to be fearful, because Sanders is promising a policy agenda every bit as radical as that offered by Corbyn to British voters last year. With his pledges to boost healthcare coverage and spending, deliver a Green New Deal and cancel student debt, Sanders will be adding trillions of dollars to the US budget deficit that can only be funded by massive tax rises.

If this is all looking a bit like Corbyn, Sanders’ past and present pronouncements add fuel to the fire. He honeymooned in Soviet Moscow, praised Communist Cuba and once called for the CIA to be abolished. Just this week, he accused AIPAC — America’s largest bi-partisan and cross-cultural pro-Israel movement — of providing a platform for “bigotry”.

Sanders claims that his agenda will sweep the party to power with a new coalition of supporters. But a recent Gallup poll showed that 53 per cent of Americans would not vote for a Socialist, and only 24 per cent self-declared as liberals, with moderates and conservatives accounting for 72 per cent. Clearly, the Democrats are headed for a Corbyn-style drubbing even at the hands of Trump, whose own negatives should have made for easy pickings.

All is not yet lost, however. Unlike Labour, where Corbynistas took over the levers of power within the party, the Democratic Party’s internal machinery remains intact.

Come the Democratic Convention, it is highly unlikely that a divisive candidate like Sanders will have secured a majority of delegates pledged to back his presidential claim, even if he retains a plurality.

The Democrats have adopted a proportional system of delegate apportionment. Although there is a minimum vote percentage threshold for obtaining delegates, this means that it is entirely possible that three to four serious candidates will be able to harvest serious delegate counts by the Convention.

If the first ballot for presidential nominee fails to produce a clear winner with a majority of the delegate vote, then 771 “superdelegates” will be added to the totals in order to break the deadlock. Presidential hopefuls will also become free to horse-trade delegates with one another in order to find one among them to secure the nomination.

It doesn’t take a genius to work out that this process offers moderates an opportunity to halt the Bernie bandwagon. The superdelegates tend to be Democratic Party grandees friendly to moderate causes. Should they be persuaded by those opposed to Sanders to throw in their lot with a moderate candidate, then that person will ascend to the throne — if they can also unite the moderate vote.

It will prove ugly and divisive. But a return to the Tammany Hall style of politics that the Democrats once excelled in at brokered conventions in the past may yet save their party from the trail of self-destruction that a Bernie Sanders nomination would inflict.