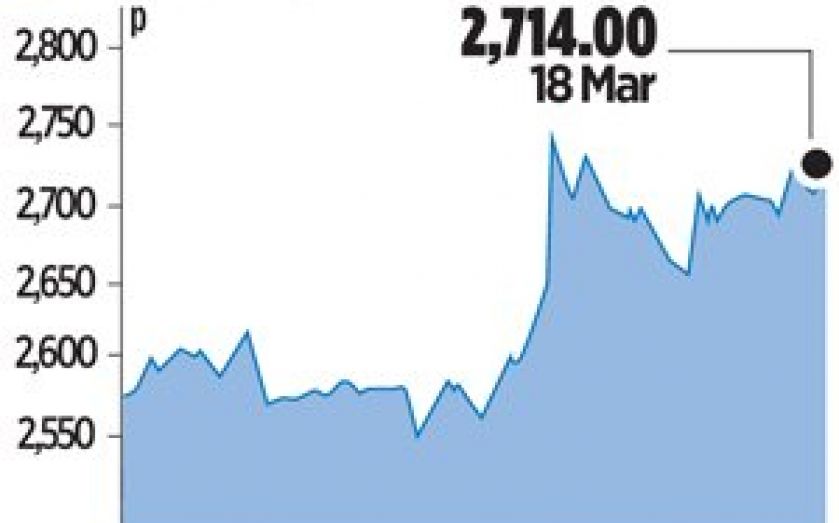 SHARES in Berkeley Group jumped 2.3 per cent higher yesterday after the housebuilding giant said that it is on track to complete 30 per cent more homes this year than at the peak of the market in 2007. The group credited the government’s Help to Buy mortgage scheme for boosting demand. The scheme provides taxpayer-funded equity loans or mortgage guarantees. “We are working to deliver more [homes], but reiterate the importance of maintaining a stable and predictable regulatory and taxation environment to enable this continued investment,” the group said. Housebuilders have soared in value this week after the chancellor George Osborne announced that he will extend the first part of the Help to Buy scheme – which applies to new homes – by four years until 2020. Osborne claims this will result in an extra 120,000 homes being built. The extension is expected to be announced in today’s Budget. Berkeley, which runs four divisions – St George, St James, Berkeley and St Edward – said forward sales are now in excess of £1.9bn, up from £1.75bn at 31 October, thanks to demand for new homes in London and the south of England. It also reiterated that full year earnings are likely to be towards the top of the range of analysts’ current expectations. In a separate statement St James said it has acquired the Gas Holders site next to Battersea Power Station from National Grid Property, which it plans to convert into a residential scheme.