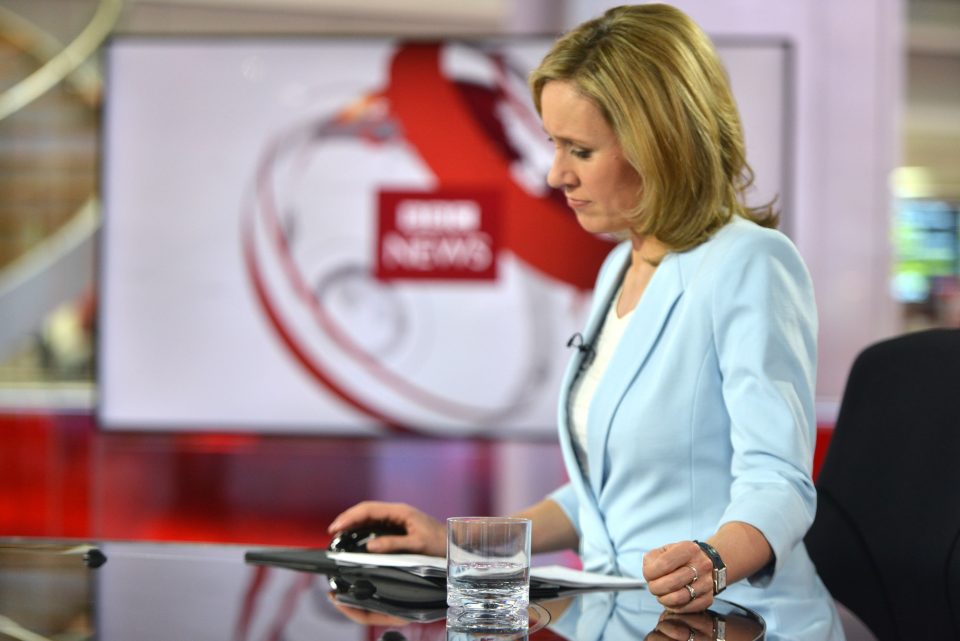 The BBC reached its highest ever audience in 2020, the broadcaster announced today, as it faces the most serious financial difficulty in its 97-year history amid the coronavirus pandemic.

The public service broadcaster announced it reached 468.2m people a week in 2020, with BBC News scooping up the bulk of the share with 438.3m weekly views this year.

The BBC said increasing focus on its digital operations helped it reach fresh heights, with the BBC News website attracting 53 per cent more users in 2020 compared to last year.

The BBC World News channel also made significant gains over the year, reaching 112m viewers in the 12 months to July, with growth in the Americas reaching 50 per cent in 2020.

India grabbed the top spot for BBC News’ biggest non-domestic audience, attracting more than 60m viewers in 2020, followed by the US in close second with 49.5m viewers and Nigeria in third place with more than 37m viewers.

The broadcaster said its global content has proven to be increasingly popular on social media platforms such as Youtube, which saw a 129 per cent increase in audiences for the year to 47m a week. Youtube overtook Facebook as the leading social media platform for BBC content, after the Mark Zuckerberg-headed site saw a 31 per cent increase in viewers to 43m for the year.

The BBC’s Twitter reach doubled in 2020 to 6m, while Instagram also helped the broadcaster reap 6m views each week.

Tony Hall, outgoing BBC director-general, said: “We are without question one of Britain’s strongest and best-known brands, synonymous with quality and accuracy worldwide.

“Our international news services rank first for trust and reliability and the World Service remains a beacon of democratic values. Independent research shows that there is an exceptionally high correlation between places where people are aware of the BBC and places where people think positively about the UK.”

It comes as the BBC faces a period of unprecedented challenges during the coronavirus crisis, with the broadcaster’s announcing more than 900 job cuts over the past few weeks.

The BBC last week said it will axe 520 jobs in its news department, adding to the 450 job cuts in the BBC’s regional news units announced earlier this month.

The job cuts are expected to hit the BBC’s London headquarters and will include senior management posts. BBC News will have fewer reporters, and correspondents will be asked to work across an increased range of content.

The broadcaster also said that “the reduction in output means we will also reduce our pool of presenters”, adding that the Andrew Neil Show will be part of the BBC’s cancellations.

The cuts are part of a shake-up to the BBC’s news output, as the broadcaster attempts to modernise its service for younger audiences as part of a “significant reinvention”.

Fran Unsworth, director of BBC News and Current Affairs, said: “Covid-19 has changed all of our lives. We are still covering the most challenging story of our lifetimes. During this crisis audiences have turned to BBC News in their millions and I’m incredibly proud of what we, as a team, have been able to achieve.”

The pandemic has battered the public service broadcaster’s finances, with the national lockdown and social distancing measures ripping up its summer filming schedule.

The publicly-funded broadcaster had already planned to save £800m before the coronavirus struck, but the pandemic has added a further £125m to the BBC’s savings list due to a slump in revenue. The broadcaster must save £25m of this by 2022.

Senior executives last month said the BBC will be forced to bring back some “old classics” such as Eastenders over the summer and output will be “thinner” over the next year as filming plans remain on hold.

The broadcaster earlier this month confirmed plans to axe free TV license fees for over-75s, after a two month delay due to the coronavirus pandemic. More than 3m households will be asked to start paying the £157.50 annual fee from 1 August, after the BBC said the delayed decision was costing it £35m a month.

Clare Sumner, the BBC’s director of policy, told a Department for Digital, Culture, Media & Sport (DCMS) committee last month that it was a “tough period” for the broadcaster, made worse by unforeseen cancellations to its filming schedule during the pandemic.