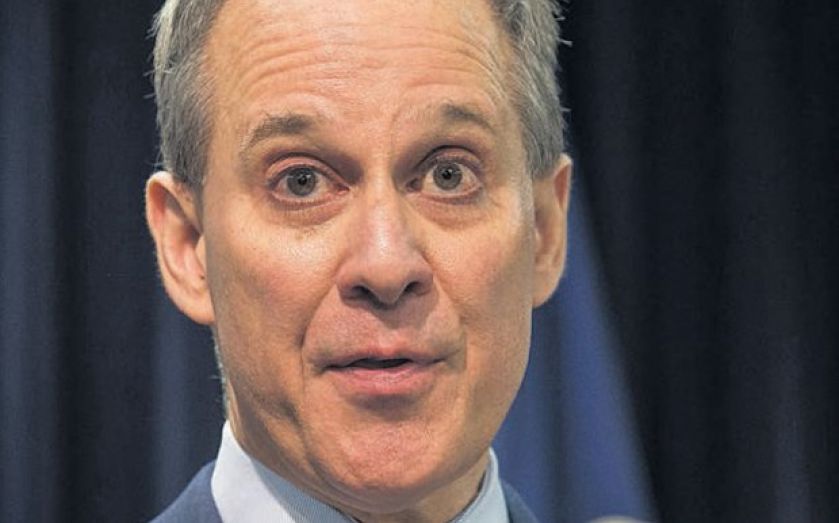 BARCLAYS was slapped with a lawsuit by a US state yesterday, with New York attorney general Eric Schneiderman accusing the bank of a “disturbing disregard for its investors”.

The case concerns Barclays’ dark pool operation, which the attorney general says favours high-frequency traders, who have been given “systematic advantages” by the bank.

Schneiderman also alleges that the bank altered marketing materials to disguise the amount of high-speed trading going on to other investors.

“Barclays grew its dark pool by telling investors they were diving into safe waters. According to the lawsuit, Barclays’ dark pool was full of predators – there at Barclays’ invitation,” he added. The lawsuit alleges that Barclays rejected no traders or institutions from the dark pool.

Dark pools are markets in which trades are not displayed publicly, deliberatedly limiting the amount of information available on participants and exchanges.

Barclays noted that the complaint against them had been filed, but refused to comment further.