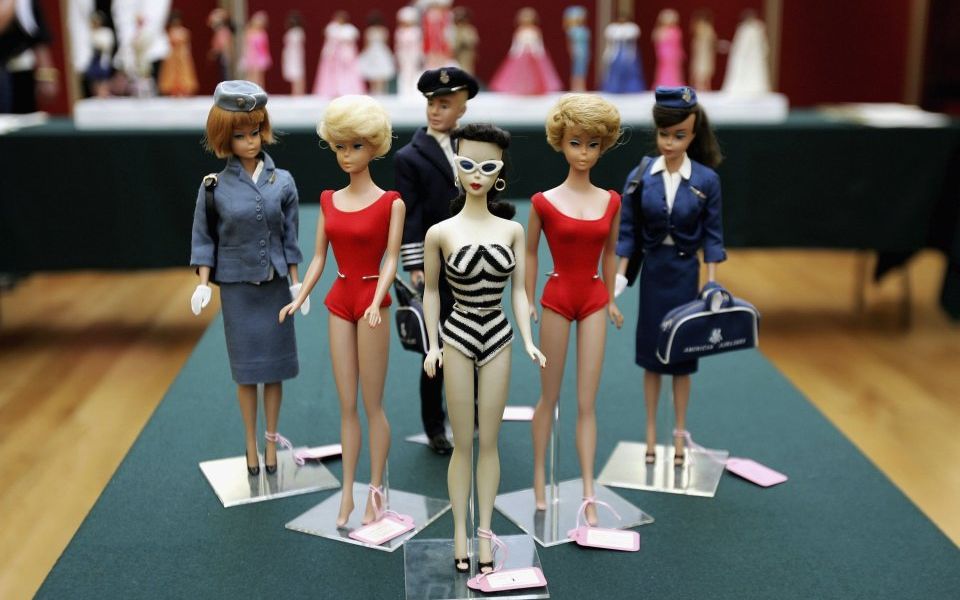 When it happened three years ago, it may have passed you by: after all, Donald Trump had just announced he was running for President, and the EU referendum campaign was getting under way. So you’d be forgiven for not noticing, in 2015, that Barbie dolls had just been given adjustable ankles.

And yet the fact that the iconic American toy could suddenly be fitted with flat shoes rather than high heels marked a milestone both in cultural history and retail sensitivities – and is now delivering much needed new sales for its manufacturer Mattel.

The view of American womanhood Barbie had incarnated – essentially white, ultra-slim and blonde – had come to seem hopelessly outdated in world where attitudes to race and gender had changed out of all recognition since the toy was launched in 1958. Sales were plummeting, and only a major makeover, Mattel decided, could save the brand.

So they came up with a whole new range of Barbies for the 21st century, with seven different skin tones, three new body types and 24 hairstyles – and Barbie is back in favour.

Mattel president and chief operating officer Richard Dickson says it is revived Barbie sales – up 12 per cent in the second quarter of 2018 – which have staved off disaster following the collapse of Toys R Us, one of the US multinational’s principal customers.

“For years there had been a growing anger that Barbie was not a reflection of society,” he says, snacking on raw tuna in a Soho restaurant on a flying visit to London.

“It was an unattainable image, it was too vain.

“A few years ago the headlines were terrible. Everyone was saying ‘Barbie is dead’. There were backlashes, like when Barbie was put into a bathing suit, which upset a lot of people.”

Long-haired but a dapper dresser, Dickson is a Californian liberal who was brought into the fold of Mattel’s boardroom to save the beleaguered brand. He saw Barbie as the supreme example of an old product being threatened by a new culture. “We needed to connect with the culture, but instead we were just antagonising it.”

He and his team made radical changes. “We reshaped the Barbie body. It was not a proper reflection of young girls. It was causing problems with eating habits, and we never addressed that. So we introduced new shapes – curvy, petite, tall, all sorts.”

They even did the same with Barbie’s hunky hubby Ken, he says. “You can now get a Ken with a man-bun!”

Pinpointing the difference between the old brand and the new, Dickson comments: “We moved the conversation on from what she looks like, to what she represents. Now we’ve got career dolls. Barbie can be a chef, a football player, a chief executive.”

And taking a swipe at Barbie’s current commercial rival, Princess Elsa from the Disney movie Frozen, he says: “That’s what makes Barbie so much better than Frozen, Frozen can only be a princess.”

In the company’s most recent results, gross sales tumbled 11 per cent in the second quarter of 2018, dragged down by the Toys R Us liquidation, yet Barbie sales were up, climbing 11 per cent despite the demise of the company’s second biggest customer. Later this month Mattel is releasing its third quarter results, and no doubt investors will be keeping a hawkish eye on how severely high street woes have hit the firm.

Heading off to his next meeting in Milan, Dickson is hoping his new-look icon will continue to prop up sales. Although he accepts that even after all the changes, Barbie in 2018 is not OK for everyone.

“Yes, in some people’s mind Barbie is still sexist. However, one thing we have done to subtly change that: we have taken Barbie out of heels and onto the flat foot.”