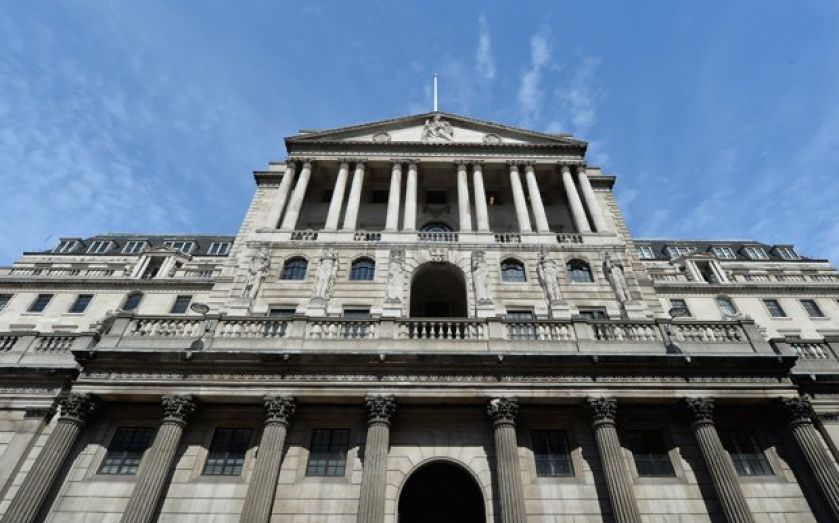 THE FOREIGN exchange manipulation probe hit the Bank of England yesterday as it suspended an official following an internal probe.

The Bank ramped up its own investigations, with the Oversight Committee of its Court of Directors launching an inquiry. And MPs said they will grill top Bank staff on the inquiry next week.

The Bank said it has found no evidence its staff encouraged or ignored manipulation in the markets.

However, it is thought the employee who has been suspended failed to alert senior managers to relevant material.

“The Bank of England does not condone any form of market manipulation in any context whatsoever,” the Bank said in a statement. “The Bank has today re-iterated its guidance to staff regarding management of records and escalation of important information.”
Lawyers said the investigation risks harming the reputation of the Bank.

“Alarm bells should be ringing when a central bank suspends staff in connection with market rigging,” says Simon Morris from CMS. “The inference must be that he or she turned a blind eye to market rigging or, even worse, was leaking rate-setting plans to the market. This is serious because the whole basis of regulation is based on trust and integrity.”

Allegations of fiddling FX benchmarks have led to suspensions across banks including Barclays, JP Morgan,  Standard Chartered and Lloyds.

Authorities on both sides of the Atlantic are investigating the claims.

The Court of Directors wants to work out if any officials were involved in manipulation of the market and its benchmarks, or attempting to do so.

It also wants to discover if officials were aware of attempts to fiddle the market, aware of the potential for the manipulation or if they colluded with traders in any attempted manipulation.

In addition it is investigating whether officials were involved in sharing confidential client information or aware that such sharing was going on.

The Court will not be able to release its findings until the Financial Conduct Authority completes its own probe.