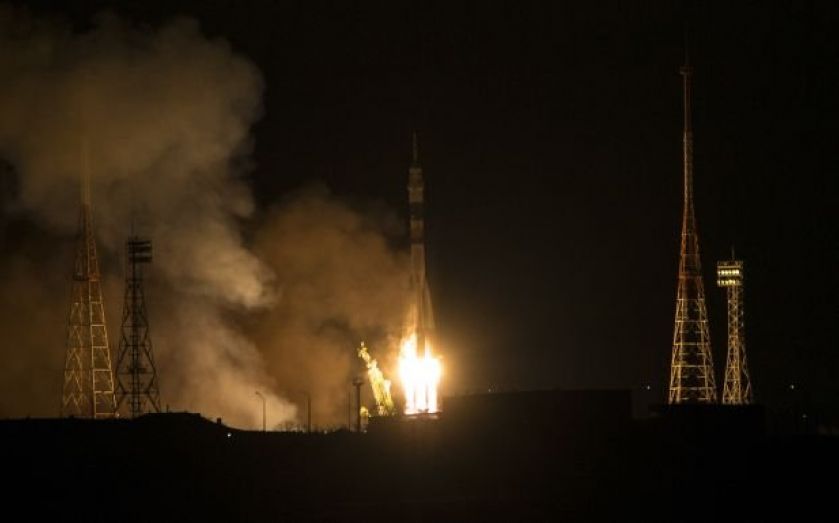 While we're down here singing Auld Lang Syne as the clock strikes midnight, three astronauts at the International Space Station (ISS) will welcome in the new year over a meal of caviar, lemons and Lavazza coffee.
Samantha Cristofetti, Anton Shkaplerov and Terry Virt successfully docked at the space port this morning, and will be staying there until May next year. They landed six hours after taking off from Russia's Baikonur Cosmodrome in Kazakhstan aboard a Russian Soyuz rocket.
Over the next six months, they will carry out a number of important scientific investigations at the ISS, such as looking at how pollutants, which can affect climate, aeroplanes and human health, are distributed through the atmosphere.
They'll need fuel to perform these important tasks, however, which is why large quantities of food had to be delivered – including for when they have a celebration.
According to the Russian news agency Tass, 15 30g cans of sturgeon caviar, oranges, lemons, tomatoes, milk powder and black tea were taken up. Not only that, but Lavazza and engineering firm Argotec created a special space coffee machine for the mission.
A statement released by the two companies said that Cristoforetti, who is also a captain in the Italian air force, “will be not only the first female astronaut from Italy to go into space, but also the very first astronaut in the history of the conquest of space to savour an authentic Italian espresso in orbit.”
The head of the ISS nutritional department estimates that the combined food rations for astronauts at the ISS come to $532 each day. But the cost of the condiments is nothing compared to the cost of sending an astronaut there in the first place – Nasa forks out $70m (£45m) every time it sends a person to the ISS.
Although the mission is being carried out by the US space agency, it is completely reliant on Russia for the use of its Soyuz rockets to go up there.