There was a record breaker. There was some space whisky. And somewhere in the heart of the City, there was a good old-fashioned knees up.

1) The bus driver's son won
Sadiq Khan beat favourite Tessa Jowell to become the Labour candidate for London Mayor in 2016, securing more of the vote than had been expected. Pundits have interpreted the shift towards a more left-leaning candidate as part of Corbyn mania- but it turns out Khan didn't actually vote for the man with the must-have jacket. In fact, he voted for Andy Burnham.
Will his vote have made any difference? We'll be watching to see how the Labour leadership vote goes from 11am today – could we be on the verge of Labour's Thatcher moment?
2) Apple shocked us to our core
Of course it didn't – not least because most things were trailed before this week's big reveal. But there was still plenty to get our teeth into. Here's four things you need to know. We learned what the new iPhone 6s meant for the finance sector and how businesses can make the most of the iOS 9 release – not forgetting, of course, the latest Apple Watch.
3) Mike Ashley stared down a shareholder revolt
It wasn't pretty but every resolution was passed at this week's Sports Direct's AGM – Ashley even seems to have become more popular among investors. However, stripping out the vote that comes with his 55 per cent shareholding reveals just how much unrest there is among independent investors.  As we argue here, Ashley can ignore the outrage on Twitter, but he'll find it increasingly difficult to ignore shareholders.
4) The refugee crisis lingered on
David Cameron might have committed to taking a further 20,000 Syrian refugees in the last five years but that's not enough for – well, quite a lot of people, actually. Today there will be a major demonstration as people call for the government to do more. And if that doesn't work, perhaps Jean-Claude Juncker's quotas might. Then of course, a little dollop of shaming might galvanise the state into doing something about it – presumably the reason for the Taiwanese Animators turning their hand to the situation with their usual light touch.
Whatever happens, the problem isn't going away. Already this year, the number of migrants to have crossed the Mediterranean is more than double that of 2014 – and that figure is only going in one direction.
5) Night, night, Night Tube
The Night Tube was scheduled to launch today (12 September). But clearly, that didn't happen. And, as this exclusive story revealed, it's looking increasingly unlikely that it will happen this side of Christmas. While TfL is still committed to an autumn start (“autumn” being the vaguest of timeframes), Tube staff have been told to work towards March as the starting point.  Which is having a seriously damaging knock-on effect for late-night businesses hoping to capitalise on London's late entrance to the 21st century.

It was City A.M.'s 10th anniversary this week and we celebrated in style. We also looked back at the ups and downs of the past decade. 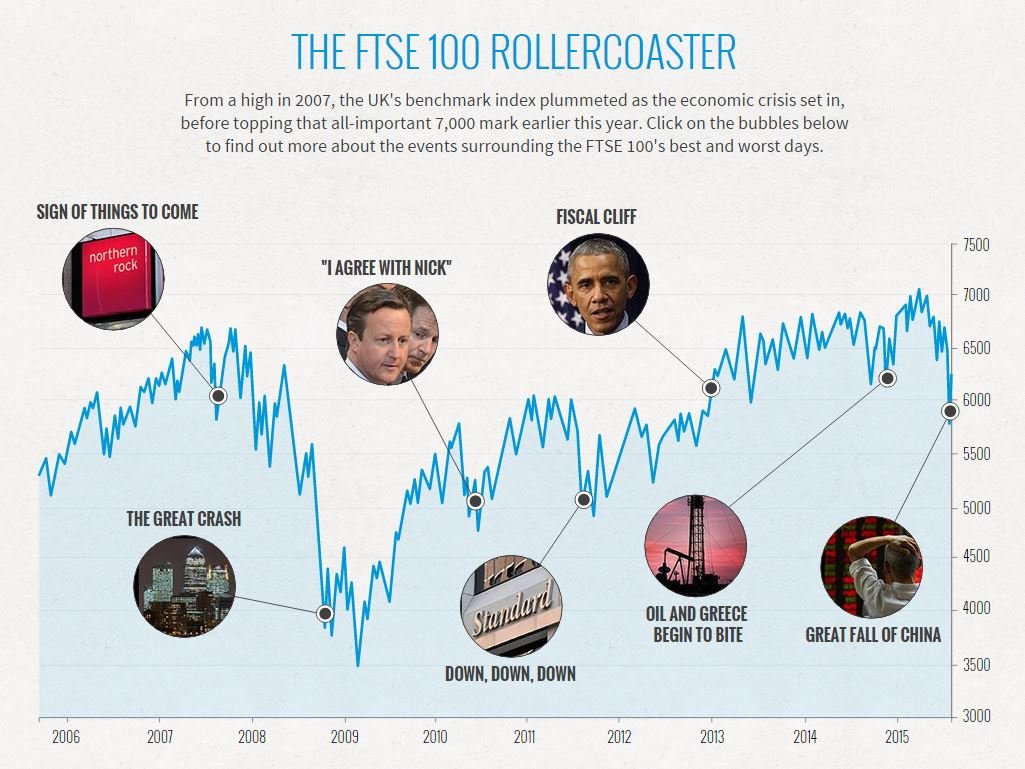 Saturday night's alright for fighting. At least if you're boxing promoter Eddie Hearn, whose super heavyweight star Anthony Joshua will be preparing for a bout tonight. We spoke with him about the industry's changing image and how Joshua and the stars of today are making it sexy (but in a clean-cut kind of a way).
If you're less into the noble art and more a fan of the beautiful game, this article might be one for you. Discover the football tournament where unemployed players duke it out for a contract.

We're used to hearing the stories about women who put their husband's careers first. But how about from the other perspective?
With yesterday's anniversary of 9/11 still fresh in our minds, this New York Magazine article from 2011 about how little has actually changed is worth another read. (as is this opinion piece about why we must continue to battle terrorism financing).