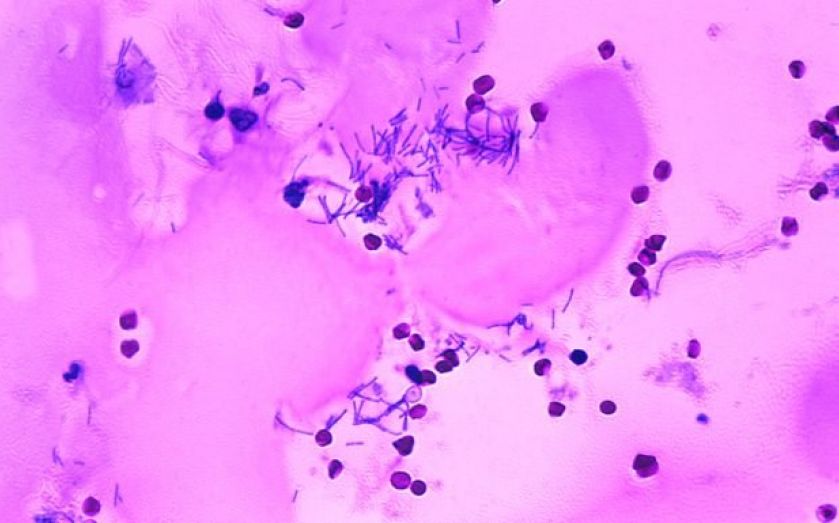 One of science's perennial truths – that two negatives equal a positive – also applies to disease, it turns out. The deadly anthrax bacterium could soon be used to rid us of equally destructive cancer cells.
The very feature that makes the anthrax bacterium so dangerous – its efficient machinery for injecting toxic proteins into our cells – has been hijacked by scientists at the Massachusetts Institute of Technology to deliver cancer drugs instead.
Scientists have been trying to understand how anthrax toxins get into cells for a long time, and recently they turned their focus to exploring the possibility of mimicking the system to deliver small protein molecules as vaccines.
In a paper published in the journal ChemBioChem, the team show how they were able to use a disarmed version of the anthrax toxin to deliver two proteins known as antibody mimics, which can kill cancer cells by disrupting specific proteins inside the cells.
"Anthrax toxin is a professional at delivering large enzymes into cells," said Bradley Pentelute, lead researcher in the study. "We wondered if we could render anthrax toxin nontoxic, and use it as a platform to deliver antibody drugs into cells."
The finding holds much hope for the development of vaccines in the future – this is the first demonstration of effective delivery of antibody mimics into cells, which could potentially enable researchers to develop new drugs for cancer and many other diseases.