Top 10 CEOs: Amazon's Jeff Bezos tops index of chief executives, but who else makes the list? 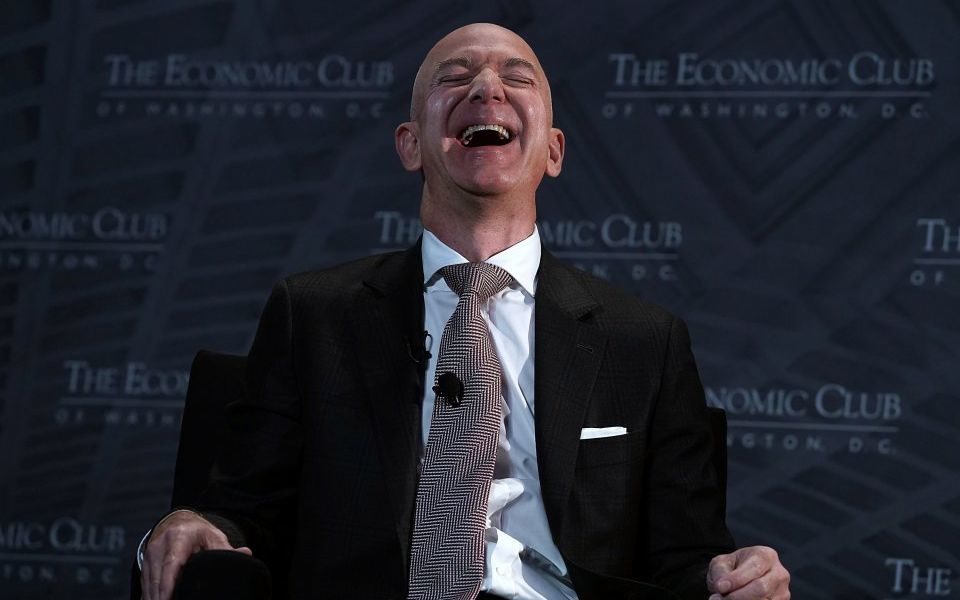 Amazon founder Jeff Bezos today took the top spot in a new index that rates bosses on the star power they bring to their companies.

Billionaire Bezos, who has run Amazon for the past 25 years, has come first in a ranking out today that measures the brand value the world’s most rich-and-famous chief executives bring to their company.

In a report set to be released at a World Economic Forum event in Davos later this month, Brand Finance said Amazon founder Bezos is "a visionary, growing the Amazon brand from its humble beginnings as an online bookstore through to pioneering the e-reader Kindle".

Bezos scored highly for market capitalisation growth due to his increasing investment portfolio since the company was founded in 1994.

However, the report also stressed that the businessman's upcoming high-profile divorce could knock more than $10bn (£7.8bn) off Amazon’s brand value if it is mishandled.

Meanwhile, Toyota boss Akio Toyoda, who came under fire in 2010 as a result of faulty accelerator pedals linked to dozens of deaths and injuries, appeared second on the list after admitting the company had made mistakes through a series of pubic hearings.

"Instead of investing in the best new technology, Cook buys stocks, accumulates cash and pays out dividends. This will be crucial in weathering the storm in the months ahead, especially whilst the brand experiences slumping sales and a slowdown in China amid President Trump’s trade war," Brand Finance said.

Yet the index, based on a chief executive's abilities in marketing investment, stakeholder equity and business performance, found that Google boss Sundar Pichai, ranked 13th, saw his reputation severely dented after appearing before Congress last year over data privacy issues.

Fellow Silicon Valley heavyweight Mark Zuckerberg, ranked in 16th place, has also battled to protect his company's reputation in the last 12 months, as a swathe of privacy and political issues dented trust in the social media giant Facebook.

Chinese chief executives now make up 22 per cent of the ranking’s most successful brand guardians, in a sign of the growing global corporate influence coming from China.