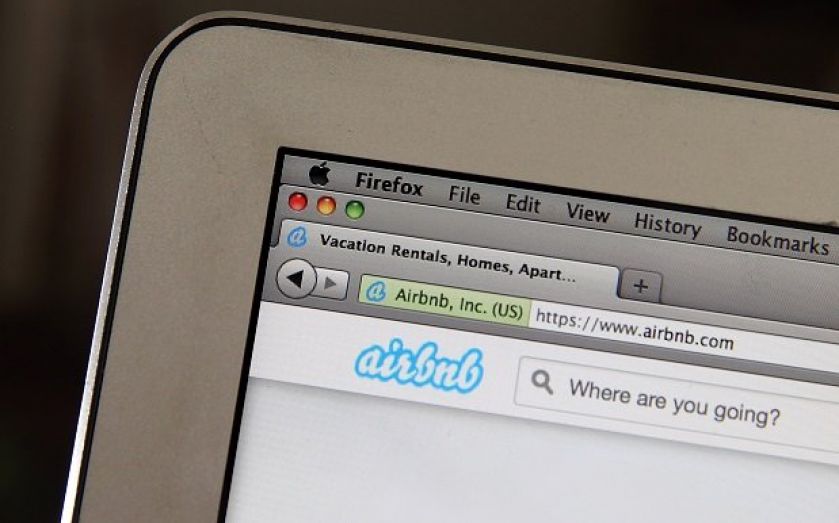 Six-year-old spare room rental app Airbnb has enjoyed an almost meteoric rise – along with Uber, it has become the tip of the spear of the so-called "sharing economy".

The firm reached a $10bn (£6bn) valuation in April as part of a fundraising round where it received  a $450m investment led by TPG Capital. Peter Thiel, the co-founder of Paypal and early investor in Facebook, recently told City A.M. Airbnb could be the next £100bn company.

The app allows users to make money from renting out spare rooms (or homes), and has 800,000 listings in 33,000 cities, with as many 425,000 people staying in Airbnb-listed homes on a peak night. Rik Kirkland of McKinsey & Company interviewed Airbnb cofounder and CEO Brian Chesky on what the future holds for Airbnb and its interaction with cities.

One the key innovations of Airbnb, says Chesky, is that "any person can act like a brand" and "that people all over a city, in 60 seconds, can become micro-entrepreneurs".

However, these innovations have not always been welcomed by lawmakers and established market players. Like taxi app Uber, Airbnb has faced numerous regulatory battles in New York and San Francisco.

London recently became a more hospitable place for Airbnb users after communities secretary Eric Pickles laid out a series of reforms to legislation from the 1970s that ban short-term rentals in the capital.

Londoners who rent out their homes for less than three months risk being fined up to £20,000. As with Uber, Airbnb has faced numerous regulatory battles in New York and San Francisco with regulations.

Chesky points out the growth potential for Airbnb, because all users need to participate is the internet and the infrastructure of rooms is already there. He highlights Asia as an area for strong growth.

When asked about disruption, Chesky said:

I never really loved the word “disruption”, because it suggests that maybe it’s the kid in a class who was disruptive, who probably didn’t add a lot to class.

Rather than seeking to roll back and resist regulation, Airbnb takes a more collaborative approach. "We’re not against regulation. We want to be regulated because to regulate us would be to recognise us," says Chesky.

However, this does not mean Airbnb is happy with the status quo. "We want to work with the cities. We’re not telling them that their laws are terrible. The world continues to change. Laws must continue to adapt for that world," Chesky added.

Reform of outdated regulations will very likely move up the agenda of many major cities, with Airbnb becoming a vital revenue stream for many of its hosts, countering the popular view of the app as a way to earn a little bit extra on the side. Half of the company's hosts depend on it to pay the rent or mortgage, according to Chesky.

As one of the standard bearers of the sharing economy, Chesky was happy to muse on where this new part of the economy may go next.

Somebody may say, “I cook a great brunch. I wonder if people would enjoy having brunch at my house?” And you could be able to book a brunch at someone’s house, instead of at a restaurant. That person isn’t trying to create a restaurant; they’re just allowing someone to have brunch. They build a reputation. One day, that person can be a Michelin-rated chef in their house.