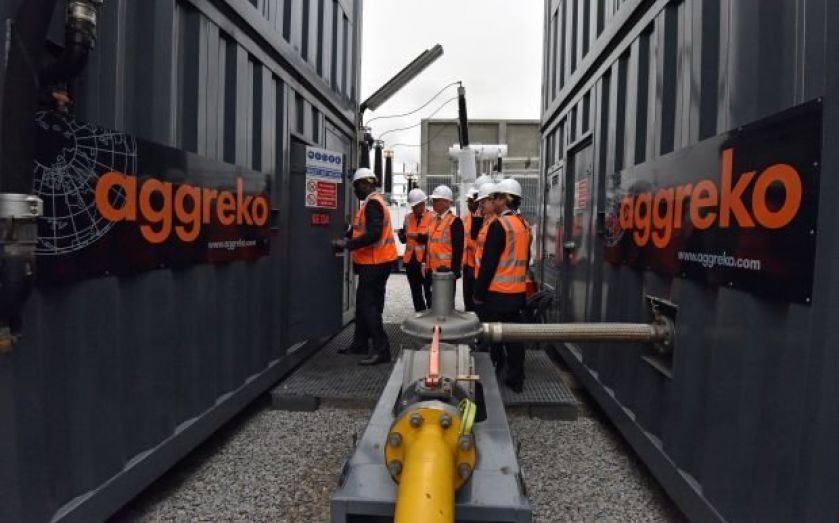 If Aggreko is missing former boss Rupert Soames, it isn't showing it. Shares in the temporary power provider rose more than four per cent in early trading, as the company announced third-quarter figures in line with expectations.

Soames, the grandson of Winston Churchill, departed earlier this year to take the helm at embattled outsourcer Serco. In October, the company announced the appointment of Centrica boss Chris Weston as Soames' appointment.

The business said revenues during the quarter had been "significantly impacted" by the strength of the pound, dipping three per cent in the three months to the end of September.

However, it added that its Americas business grew 15 per cent year on year, while its business in Europe, the Middle East and Africa rose four per cent.

Net debt stood at £511m at the end of the period, a fall of £26m on the previous quarter, and down from £469m at the beginning of September.

Aggreko said overall, it had "continued to perform in line with our expectations".

As anticipated tougher comparatives mean that growth in the local business will be at a lower level in the second half, but we continue to expect to deliver growth for the year as a whole.