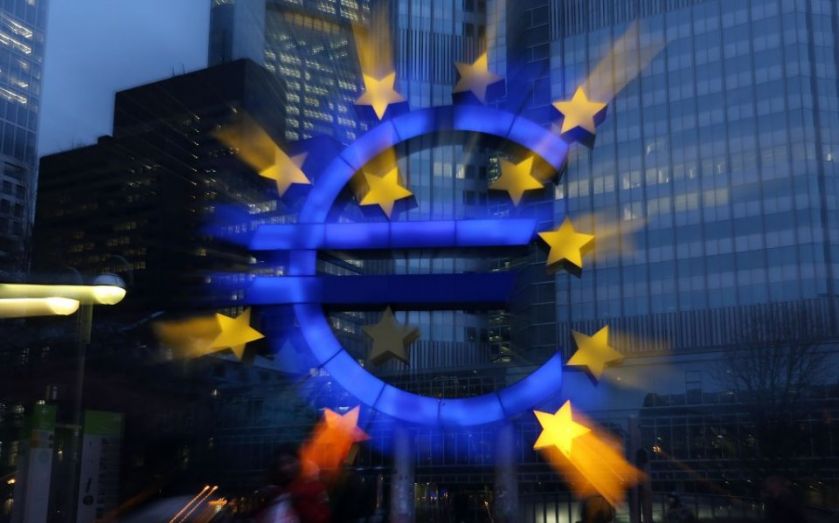 The Eurozone economy put in a disappointing performance in the second quarter, held back by France, despite the European Central Bank's (ECB) generous stimulus package.

A flash estimate from Eurostat showed the 19-country bloc grew 0.3 per cent in the three months to June, down from 0.4 per cent in the first quarter, and coming in below economists' expectations for no change.

It follows months of disappointing economic surveys – such as industrial production, retail sales and construction.

And it's hardly surprising, given data released earlier today showed one of the Eurozone's biggest economies experienced lacklustre growth in the second quarter.

France's economic output was zero in the three months to June, according to its official statistics body Insee, missing economists' expectations for a 0.2 per cent rise. It was hampered by declines in investment and inventories, as well as consumer spending.

Read more: The bailout alone will not save Greece now and time is running out for Alexis Tsipras

Germany's economy grew by an anaemic 0.4 per cent during the same period, according to its official statistics body Destatis, also missing economists' expectations. While exports had received a boost from the weak euro, investment declined.

At the beginning of this year it looked like the Eurozone economy had turned a corner. This was thanks to a happy confluence of the ECB's bond-buying programme, a weak euro and low oil prices.

Since then the Greek debt crisis has hit business and consumer confidence. Meanwhile fears surrounding a slowdown in the Chinese economy rage on. But analysts predict the Eurozone economy will shrug this off in the second half of this year.

"The ECB will not be overly worried by the pace of economic growth coming in slightly below expectations, and will probably view the performance of the economy over the first half of the year as moderately encouraging given the headwind of the Greek crisis," Chris Williamson, chief economist at Markit, said.

"If allowances are made for volatile GDP data so far this year in countries such as France and the Netherlands, the underlying trend over the first six months of the year is more positive."