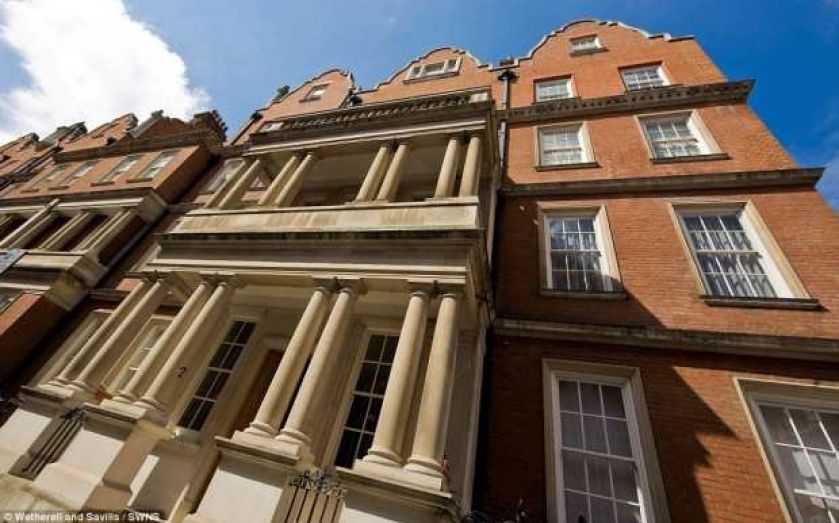 A 19-bedroom Mayfair mansion that's just been sold with an asking price of £45m may have just made the government £5.3m.

Seven Balfour Place from the outside

The 13,000 sq ft mansion, on Balfour Place, also comes with seven reception rooms, six kitchens, 17 bathrooms and a roof terrace. The company in charge of selling it, Wetherell Real Estate, confirmed a deal's gone through – but although the house had a £45m asking price (that's £3,461 per sq ft), the buyer has asked for the amount he or she paid to remain confidential.

If the sale did go through at the asking price, that would make it the UK's second-biggest residential property deal of  the year, according to Land Registry figures.

There's also no word either on whether the deal went through before or after the government changed the rules on stamp duty. If it got it through in time, the charges would have been hefty enough, at £3.2m. But if the buyer was too late, that would have risen to £5.3m. Ouch.

View from the mansion's balcony

The mansion has history to it: having been split into six apartments back in the 1990s, one of the apartments was almost sold to shipping heiress Christina Onassis – but it's thought she pulled out because the neighbours had a reputation for, er, satan worshipping.

Built in 1891, the mansion is expected to be turned back into a single home – aka a "supermansion".

Artist's impression of what the mansion could look like

Whether the mansion's new owner decides to keep it as flats or put it back together, it looks like they'll do rather nicely: forecasts by Savills suggest although prices in the "prime" central London housing market are likely to fall by one per cent next year, they'll rise eight per cent in 2016 and 6.5 per cent in 2017. That's a nice little earner…

How one of the mansion's many living rooms could look