Will 2019 be the year gold regains its shine? 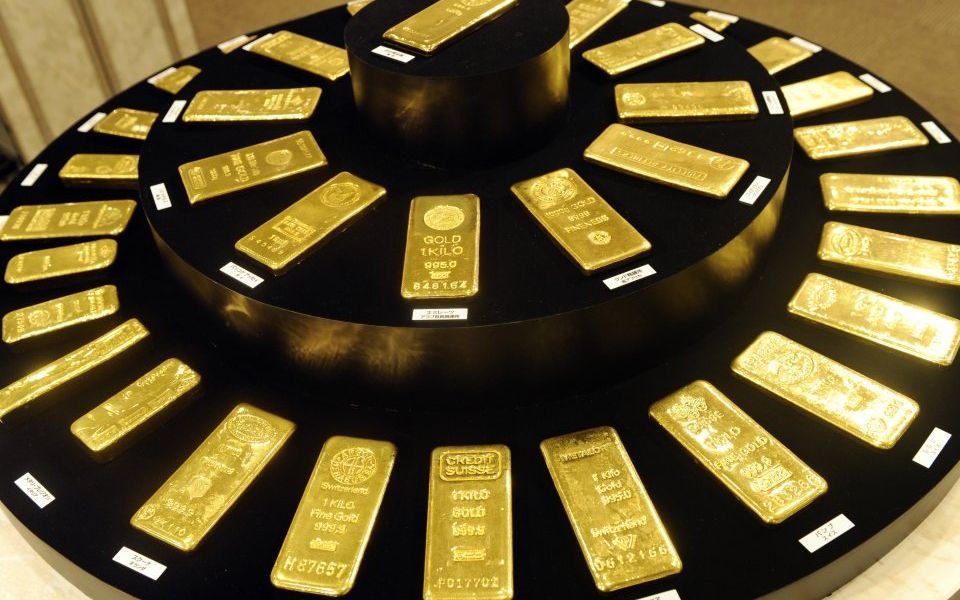 Gold had a mixed year in 2018, quickly peaking around $1,366 in January, but falling as low as $1,160 by August. For a while it seemed that the correlation between risk-off appetite and gold prices had broken, with the yellow metal overlooked even in times of heightened uncertainty. But after a 7% recovery since early November’s sell-off, will 2019 be the year gold regains its shine?

For much of 2018 it seemed that a decoupling of gold and risk had taken place. Even though last year was characterised by nuclear threats from North Korea, Brexit, fears of a trade war between the US and China, then fears the ensuing trade war would get worse, gold ended the year 1.6% lower.

Stock markets ended the year down several percentage points, the hedge fund industry suffered its biggest annual loss since 2011, crude oil prices were sliced almost in half, and yet gold struggled to capitalise.

Markets increasingly turned to the US dollar in times of uncertainty, shunning gold even when the US was at the centre of the drama. A stronger dollar pressures gold prices lower thanks to its increased purchasing power.

Much of this was due to the prospect of continuing monetary tightening from the Federal Reserve, which, until Q4, seemed as though it would deliver quarter-percentage point increases every few months all the way through 2018 and across 2019 as well.

US real yields are the key here. Gold has a strong inverse correlation to real yields, which measure the return on US government bonds (particularly 10-year Treasury notes) minus the impact of inflation, which eats away at gains. When real yields are high, gold is less attractive; it may be a better store of value than cash, but it yields nothing, meaning investors are missing out by choosing the precious metal over instruments such as bonds.

For example – September 2018 saw US real yields hit their highest levels since 2011 at 0.93 per cent. From mid-August to mid-October, gold trended at its lowest year-to-date levels.

With the outlook for much of the year being that the Federal Reserve would hike rates four times (some bulls were even expecting to see five) during 2018 and deliver the same again in 2019, the outlook for real yields was bullish.

Higher interest rates mean that new bonds are issued with a higher coupon, and increase the yield on existing bonds as a lack of demand pushes down prices (yields move inversely to prices). Either way, real yields improved.

This took the shine off gold. But the outlook for 2019 suggests that there is a bullish case to be made.

For starters, the Federal Reserve has softened its stance on monetary policy. A market sell-off and some harsh comments from President Donald Trump in interviews and on Twitter seemed to have persuaded Chair Jerome Powell to at least tap the brakes on the tightening cycle. As recently as October he was saying that rates were far from neutral, but so far this year members of the Fed have been discussing the need for patience.

Futures markets are currently betting that the benchmark rate will remain unchanged in the 2.25% to 2.5% range for the entire of 2019.

This puts a lid on yields, and could even drive the coupons on new bonds lower, decreasing the yield on older bonds as prices rise in line with demand, if it seems that the Federal Reserve’s next move may even be to undo one of its recent rate hikes.

US consumer activity to falter as economy slows?

But what of inflation? Price growth in the US peaked at 2.9% in June, but by December had slowed by a whole percentage point to a below-target 1.9%. Recent soft data from the US economy has raised fears of a slowdown, with a traditional harbinger of recession – a flattening of the yield curve – evident mid-December.

Weaker economic growth would weigh on inflation as consumers curb their spending in anticipation of hard times ahead. Slow price growth would improve real yields, but as these are falling anyway thanks to the softer interest rate outlook the environment could still be broadly supportive for gold.

Ten-year real yields have already fallen as low as 0.88% so far this year, allowing gold to gain around $20 per troy ounce, although a return to 0.96% as seen in recent days has pushed the yellow metal back down to January's starting levels.

And while fears of a slowdown in the Chinese economy could dent the demand outlook for gold (China is the world’s largest gold buyer), the Chinese government has already suggested that it may increase fiscal stimulus in an attempt to combat the weakness, which may leave the middle classes free to splurge on shiny things.

2019: A risky year that sees investors reunited with gold?

There is likely to be plenty to rattle market confidence in 2019. US-China trade talks may not go smoothly – President Donald Trump has proven how changeable he can be several times in the past – and there’s still a lot of uncertainty around Brexit, and everyone is carefully watching the world economy to see if it stutters.

These high-risk events, combined with a softer outlook for real yields, could provide the impetus gold needs to return to the highs of $1,366 seen at the beginning of 2018.