The future is now, but we’ll miss it if we don’t solve tech’s talent crisis 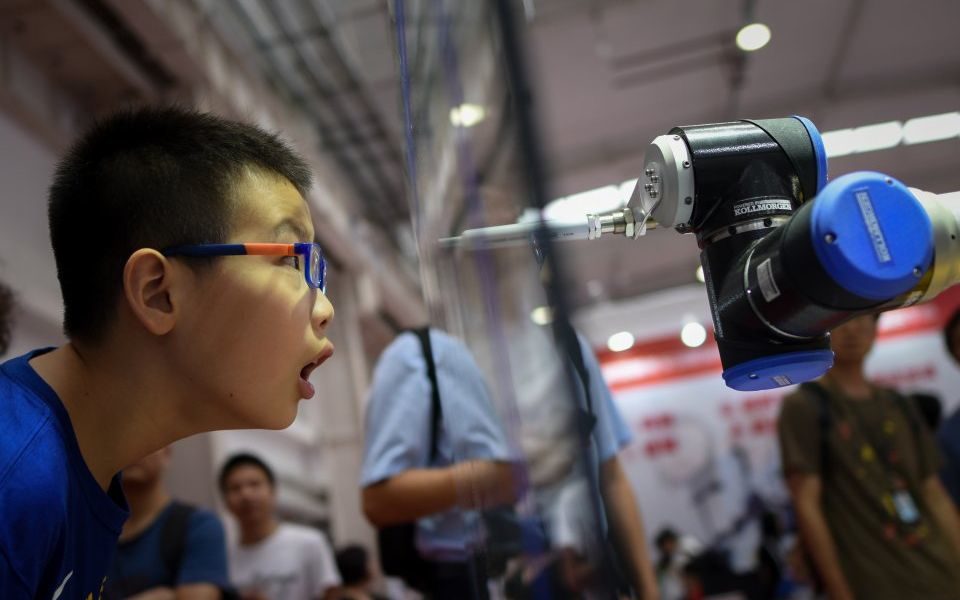 The time has come for us to change the narrative.

Too often, company executives talk about a future where artificial intelligence will transform the employment landscape or the strategies they are developing to adapt to the fourth industrial revolution.

But that time is here – and companies need to be taking action now.

The traditional economy has already become the digital economy. And despite the warnings of the Kodaks and Blockbusters of the world, too many companies have spent too long talking about what to do when the future arrives rather than taking action.

Today, we are most feeling the strain when it comes to talent. Britain is in the midst of a sea change in our employment landscape that will soon be defined by a digital skills crisis, where companies are facing vacancies in critical positions – halting growth in the process.

The UK is generating innovation that rivals the world’s best, and is attracting investment at a rate unmatched by many of our international counterparts. However, the private sector has a crucial weakness. It is looking to the public sector to react to the digital revolution and create a digitally skilled workforce, without taking steps to solve the problem itself.

The lack of skilled digital workers puts many of the most ambitious companies in the crosshairs.

A Deloitte survey has shown that 62 per cent of UK executives believe their talent pool does not have the capability to deliver their digital strategy.

Another of the Big Four, PwC, has seen the warning signs and this week launched its new digital accelerator programme to equip employees across all levels with digital skills.

Of course, there is still a role for the public sector to play. The government cannot afford to turn a blind eye, and appropriate resources have to be dedicated. Reallocating public funds from areas which are inefficient and wasteful is a starting point. In a time when global warming is now considered a game-changing fact, watching the government spend £396m on tax breaks for oil and gas and £356m for coal is as staggering as it is outdated.

Supporting and funding initiatives that bring people into the tech sector has to be top of the list for government ministers.

However, the rate of innovation in the tech sector makes it very difficult for the Department for Education, a huge bureaucratic entity with countless stakeholders, to stay at the forefront of computing training. The private sector has to take this matter into its own hands and accept responsibility.

That is why Tech London Advocates is launching the Road to One Million campaign, an ambitious project to reach the checkpoint of a million tech employees by 2023 in the capital.

Businesses need to be investing in their own talent pipelines. In the coming years, displacement is going to be severe. Companies that take an active stance on upskilling and re-skilling can take control of the talent needed for growth.

The private sector also needs to get behind the many outstanding grassroots initiatives, which know how to achieve this but often lack the funding and resources to implement it in a significant way.

Finally, the private sector needs to be leading the way to embrace diversity in the sector – tech desperately needs more women, minority ethnic employees, LGBTQ people, and members of other diverse groups to engage in the sector. Those companies that lead the way in driving diverse agendas should be showcased as role models for other organisations to emulate.

The new narrative needs to be about redeployment, not displacement, and businesses need to implement strategies that bring previously underrepresented groups into their workforce, but also to re-skill the workers they have.

Rather than complaining about the shortage of talent, we should aim for the UK to become the world leader in digital skills – with a motivated workforce constantly upskilling, re-skilling, and adapting.