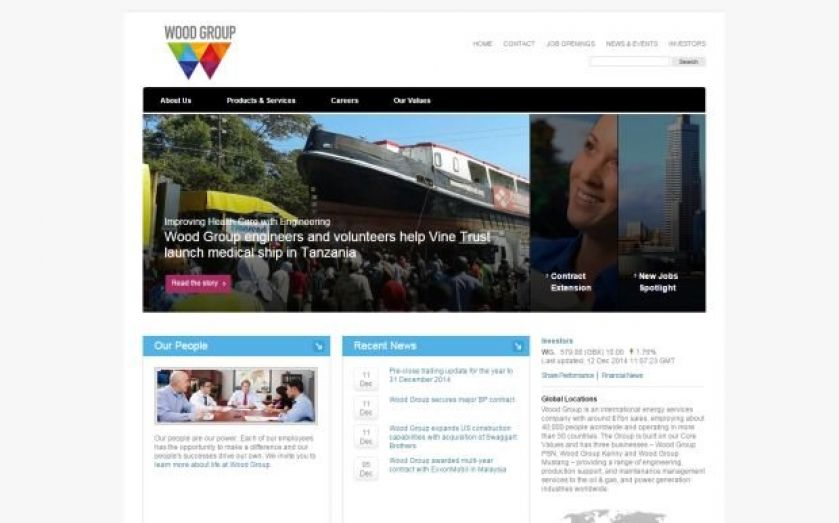 British energy services company John Wood Group yesterday announced that it expects full-year results to be largely in line with expectations – an improvement on last year’s results, and defying fears over possible knock-on effects from the falling price of oil.

The announcement comes after expectations arose of a steep fall in oil prices in 2015, causing operators to reconsider their spending plans for next year. This has a steep impact on service firm activity.

Yet the group expects to benefit from a number of factors, including a balance of opex and capex activities, spread of business, a range of longer-term contracts and largely reimbursable order book, which will help Wood Group get full payment for any cost overruns.

Its full-year results will be made public on 17 February 2015.

In December last year, Wood Group announced that earnings before interest, tax, depreciation and amortisation (Ebitda) would drop 15 per cent in its engineering division.

However, in the trading update yesterday, the company indicated that the fall would not be as steep as expected for this division.

Wood Group will also be helped by a variety of offshore drilling projects such as Det Norske Ivar Aasen, Hess Stampede and Husky White Rose, in addition to onshore work in the US. These projects have lessened the impact of the slower pace of award of significant detailed engineering work.In addition, it said that it had continued “to work on more early stage projects than in recent years”, which it sees “as a good indicator of future activity”. It has also secured a number of key deals, including with Exxon­Mobil in Papua New Guinea.