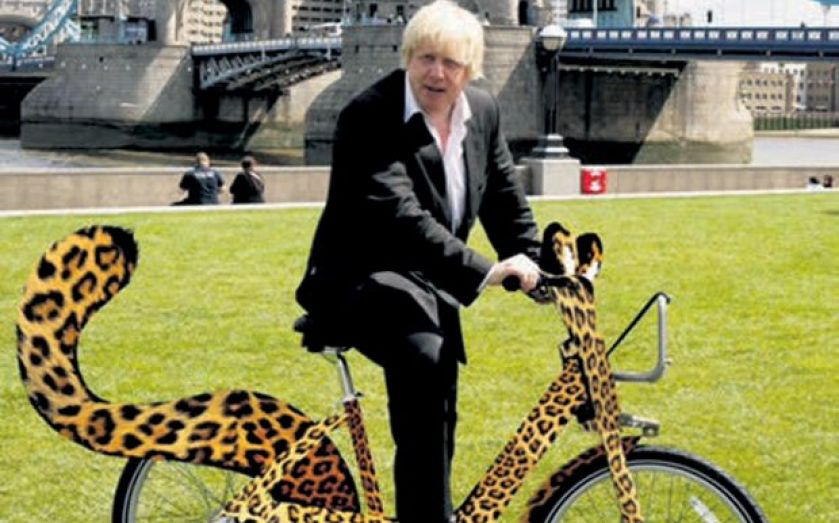 When Barclays hands over the reins of its Boris Bike sponsorship next year it could well be passing them to an east London toy maker. TellTails is hoping to raise £37.5m on crowdfunding site Indiegogo to give each bike an animal print paint job and tail. We think they’re rather fetching…
From the Indiegogo campaign:

We believe the current Boris Bikes are not only bland and boring, but that they bear the name of a large banking firm that most Londoner's would rather throw eggs at then ride with pride.

We are here to change that.

We believe in a London bike sponsored by the people, for the people.  A bike that represents the natural irreverence, exuberance and rebellious nature of the British people.

A wild, wonderous bicycle that one might mount to feel like a Saxon king rather then a banal banker.