While the US and China sneeze, London too risks catching a cold 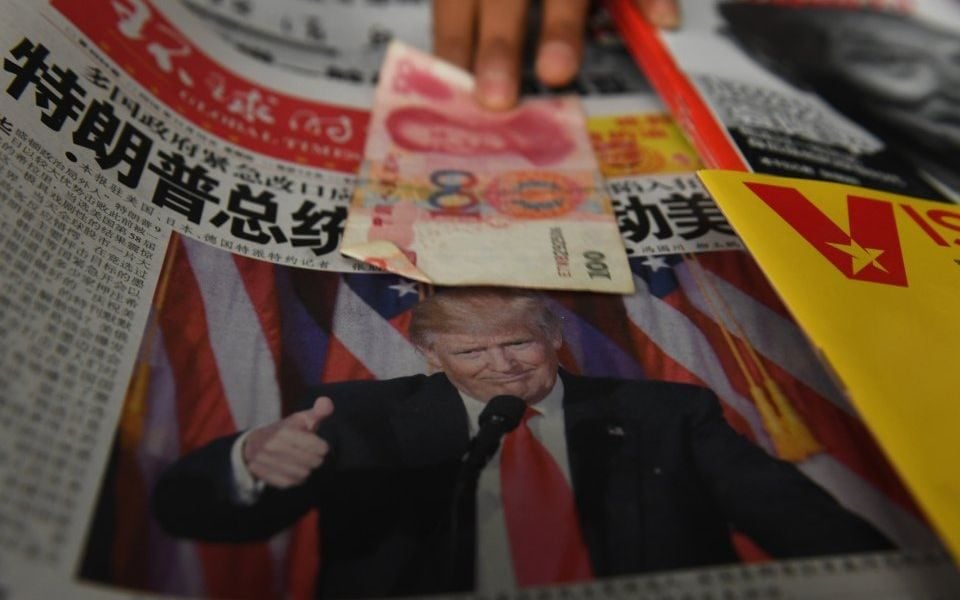 The trade dispute between China and the US has escalated.

After Donald Trump tweeted that he was imposing higher tariffs on $200bn of Chinese imports to the US, China predictably retaliated, announcing on Monday that it would impose a further $60bn of tariffs on US goods coming into the country.

Much attention has been paid to how this will impact the US, where the effects of Trump’s tariffs are most likely to be felt by consumers paying higher prices for the electronics and clothes they buy from China.

Then there’s the impact of China’s retaliatory tariffs, which at present are expected to be imposed on liquified natural gas imports, and on sectors where China has less dependency on the US in trade terms, such as steel and chemicals.

But it’s easy to forget that what goes on between Beijing and Washington matters for the UK too, and particularly for the City of London.

First, the impact on the City will be determined by the extent to which the dispute between these two countries is replicated. The protectionism that sparked this feud had the potential to become a full-blown trade war including Japan and the EU, as well as potentially the UK, as it seeks to broker an independent deal with the US.

America’s negotiating stance towards China, Japan, the EU and the UK is nigh-on identical. We should not expect special treatment. Trump is attempting to recalibrate the rules of global trade, and there is the potential for his policies to escalate into a global trade war through miscalculation and misunderstanding.

But even if this outcome can be avoided, the climate of uncertainty that the prospect of a trade war creates is never good for markets.

This is where the biggest impact on the City is likely to be – in fact, we’ve already seen it, with both the FTSE 100 and FTSE 250 falling on Monday in response to China’s tariffs. Markets are nervous. Even if the dispute is contained to the US and China, it will recalibrate the global financial system.

Ultimately, what’s at stake here is US dollar hegemony, emerging market debt, the global trade system, and the role of the world’s multilateral organisations, such as the WTO, that have contained trade disputes for the last 30 years.

In the short term, the direct effects on the City are likely to be felt by traders. The FTSE will continue to be caught in the slipstream of global market volatility.

The stocks that are likely to be most exposed are those that are most associate with Chinese trade, including share prices of the big trade finance banks and automotive firms.

UK exports to China have grown at an annualised rate of over six per cent year on year since 2012. But China’s economy is slowing and demand has weakened. If this continues, Coriolis estimates that UK export growth to China will slow to 0.4 per cent annually to 2023, and for cars exports will slow to under two per cent annualised growth. This has obvious consequences for the banks that support UK exporters over the longer term as well.

In the longer term, the role of the renminbi as a global trade currency will no doubt change as multinational corporates working with China directly find it harder to access US trade finance. While it may seem unlikely that the US banks will pull out of financing trade with China, we are already seeing a move to renminbi-priced trade deals for businesses that want to work with Chinese firms within the Belt and Road initiative.

And here is where there is just the slightest silver lining for London. As a major global centre for renminbi trade, the City could stand to benefit from the currency rebalancing that may be an outcome of the trade war.

But that’s a small consolation in the face of prolonged market uncertainty and the potential undermining of the world order as it stands today.