Tourists love London. It’s the most popular tourist destination in the world – and visitor numbers are surging: over 17m international tourists were welcomed to London last year, according to data from Visit Britain.

But where did the hordes of tourists come from? The biggest group of international visitors came, unsurprisingly, from France, just a hop and a skip away across the Channel. If you’ve been hearing a lot of French spoken on the streets of London lately, there’s a simple explanation: our Gallic cousins made over 2m visits to London last year.

Coming from further afield hasn’t deterred the many American visitors, however – the US makes up the second biggest group, with almost as many visitors as France. 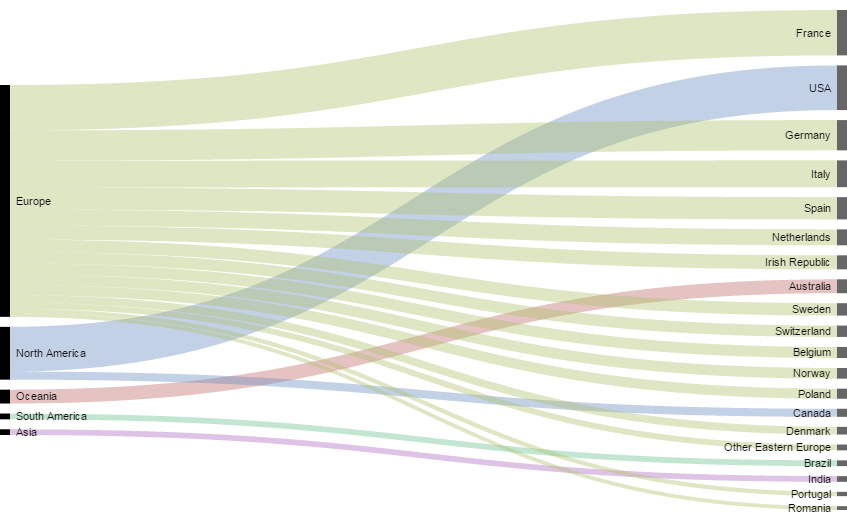 Breaking the figures down by percentage of the host country’s total population shows a different pattern.

Almost one in eight Irish people came to London last year. It seems proximity really does make an impact, as all the countries in the top 10 are in Western Europe.

And tourist figures reached a new high in 2014, as the number of nights spent in the city finally recuperated from the lows of the financial crisis, surging to an unprecedented high.