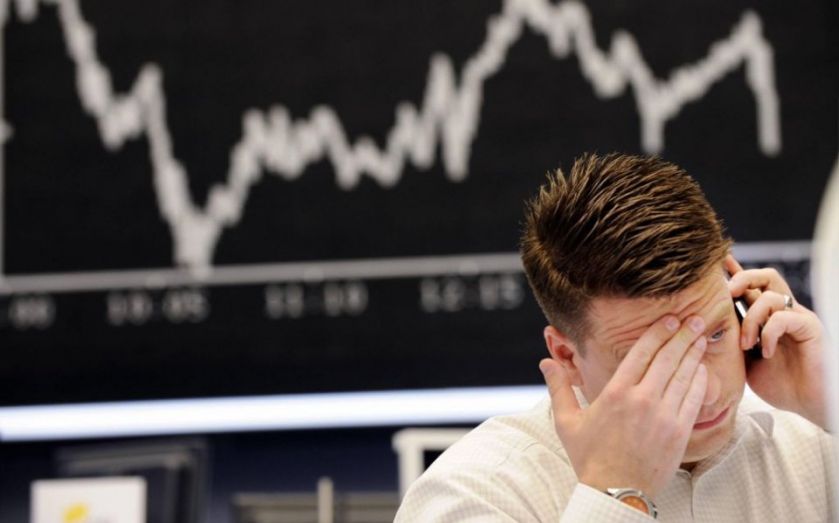 2015 was a truly turbulent year for investors, from Grexit and the China stock market crash, to commodities falling to record lows, volatility spiking, bond markets making losses across the board, the most uncertain UK election in a generation rankling investors, the US Federal Reserve's first rate rise in 9 years… the list goes on.
We reflect on some of this year's biggest market shakers.

The Greece debt crisis dominated the first half of the year, as once again the country came close to leaving the Eurozone.
After Greece fell into arrears on debt payments to the International Monetary Fund (IMF), it struggled to agree on terms for a third bailout. The saga was labyrinthine in its complexity and involved endless talks, a referendum where the public rejected the terms of a tentative agreement, followed by further frantic negotiation. Amid the turmoil, Greek finance minister Yanis Varoufakis quit. Prime Minister Alexis Tsipras reportedly found Varoufakis’s presence unhelpful, as his stance irritated Eurozone leaders and he had at one stage compared Greece’s creditors to terrorists. “I shall wear the creditors’ loathing with pride,” Varoufakis said.
The country’s banks closed for three weeks pending the outcome of marathon talks. A daily withdrawal limit was placed on accounts, after Greeks withdrew tens of billions from the cash-strapped banks. Some ATMs had hand-written notes with the word “empty”, while at some banks customers formed queues hundreds-long to access their money.
An agreement was finally reached over a €85bn (£62.4bn) package from the European Stability Mechanism, after the ruling Syriza party promised to enact deep economic reforms. Included in the deal was a €7.2bn bridging loan which enabled Greece to cover immediate debt repayments.
The Athens stock market was closed during the crisis too. It reopened after five weeks. Upon opening, shares in Greek banks fell 30 per cent – reflecting the damage done to the country’s reputation – while the wider market slumped 22 per cent.

The run-up to the most uncertain General Election in a generation caused sentiment towards UK assets to sour. Foreign direct investment levels fell, and while the FTSE 100 held steady with its high weighting to global stocks, further down the market cap spectrum there were wobbles. Sterling fell to a five-year low against the dollar as the prospect of post-election gridlock loomed only to jump 2 per cent on the surprise outcome of a majority Conservative government.

Commodity markets went into freefall during 2015 amid a glut of supply and low global demand. The whole spectrum of energy, industrial metals, gold, and even soft commodities were hit hard and fell to levels not seen since the worst of the financial crisis. A basket measured by the Bloomberg Commodity index slumped to an 11-year low in July, and again in December.
As the year continued, geopolitics helped push the price of both Brent Crude and West Texas Intermediate down below $37. Saudi Arabia spoke openly of its determination to keep oil supply high to pile pressure on high-cost US shale oil producers. At Opec’s bi-annual meeting in December, the grouping failed to agree a production target despite pressure from poorer members, including Venezuela, which has struggled to balance its budget with oil prices low. Some experts have openly questioned the viability of investing in oil, and the anti-carbon movement has picked up steam this year too.
China’s slowing economy was behind falls in industrial metals. Depite official GDP data stating that growth has confounded expectations to hit seven per cent in the second quarter, the figures were widely ridiculed. Many economists suggest growth is around half that, between 3 and 5 per cent.
The country accounts for 50 per cent of global demand for copper, and this summer the metal fell to price levels not seen since the financial crisis.
Another big hit for industrial metals came from the Volkswagen scandal. The car manufacturer admitted fitting thousands of vehicles with software to cheat emissions tests. The price of platinum, which is primarily used in diesel engines, plunged after the scandal broke. Investors shifted into sister metal palladium, which is used in petrol-powered vehicles, and at one stage the price had risen 17 per cent.

A rapid unwinding of China’s stock markets caused chaos in global markets, on a day dubbed “Black Monday” by the country’s authorities.
On a single day in August, more than $1 trillion was wiped off the value of stock markets around the world, as the Shanghai Composite fell into bear market territory. Volatility soared to levels not seen since the financial crisis.
The mainland index had been on a tear, rising 160 per cent in just 12 months. Profit-taking kicked in and, just like the market’s rise, this spiralled out of control. From peak to trough, the market fell 45 per cent in the space of little over two months.
Chinese authorities rushed in a spread of extraordinary measures aimed at keeping stock prices high – but came in for criticism from international investors at the seemingly heavy-handed approach.
Large shareholders were banned from selling stock for six months, hedge funds were enlisted to buy up shares, while local police said they would go after “aggressive” short sellers.
Police rounded up journalists, market commentators and traders as they sought to apportion blame for the fall-out. Wang Xiaolu, a business reporter from a leading Chinese magazine, appeared on state television where he “confessed” his crime of causing the stock market rout through his reporting. Visibly tired, it was unclear whether his comments were made under duress.
“I shouldn’t have caused our country and shareholders such great losses just for the sake of sensationalism and eye-catchiness,” he said.

Nine days of unrelenting selling led some to speculate the biotech bull run was over. In the last three years, the Nasdaq Biotechnology index has rocketed an impressive 200 per cent, but a combination of profit-taking and the prospect of tighter regulation led investors to sell out.
The market fell further when US presidential candidate Hillary Clinton said the sector needs regulation to combat “price gouging”. She spoke after it emerged biotech firm Turing Pharmaceuticals bought the rights to a decades-old drug used to treat complications from HIV. Chief Martin Shkreli raised its price per pill 5,000 per cent from $13 (£8.50) to $750.
Today, the biotech index is still trading 11 per cent below its July highs.