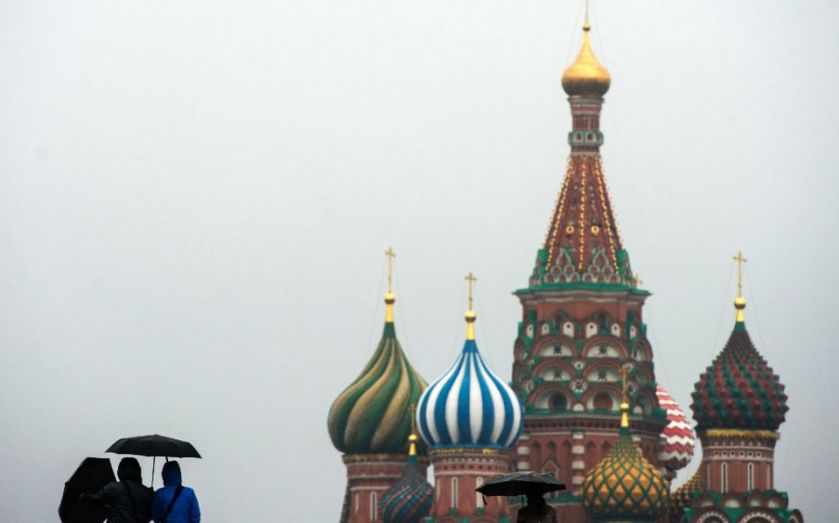 People in the UK feel more favourably towards northern European countries than others in Europe, while Russia is the country we look upon least favourably.

Russia was the country Brits also looked upon most unfavourably two years ago, but the country has fallen in esteem even further since then. More than half of respondents said they had unfavourable feelings towards the country, compared to 30 per cent in 2012.

When asked which countries they felt favourably towards, a survey of 2,000 people by YouGov for Chatham House found the majority were positive towards the Netherlands, followed by Sweden, Norway, Ireland and then Germany.

"The survey reveals that the public holds fairly traditional and consistent views of the UK’s European neighbours as well as of its allies and partners further afield, and of its competitors or adversaries,” the report by Chatham House concluded. “Overall, the public expresses the most favourable opinions towards Anglophone countries with which the UK has close historical ties and those European countries to which it is geographically closer.”

When asked the opposite, which country did they look upon least favourably, Russia was followed by Ukraine, Turkey, France and then Poland.

“The large spike in unfavourable views of Russia, which have risen by 26 points since 2012, is presumably a public response to Russian actions in Ukraine. Meanwhile, views of Ukraine are identical to those recorded in 2012,” the report explains.

Here’s how we feel towards other countries in Europe. 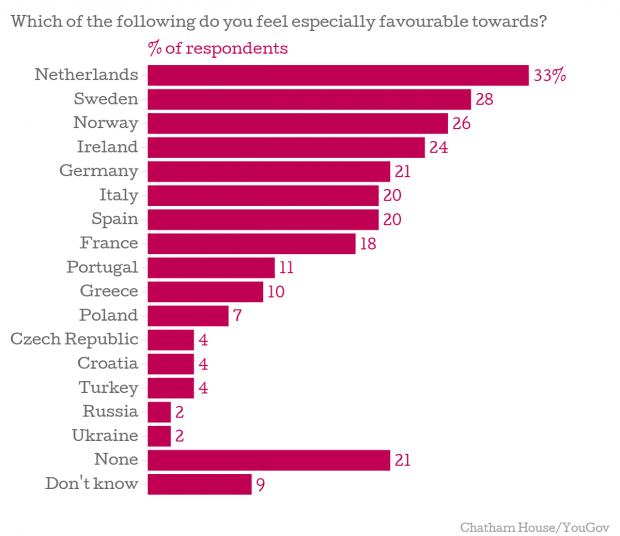