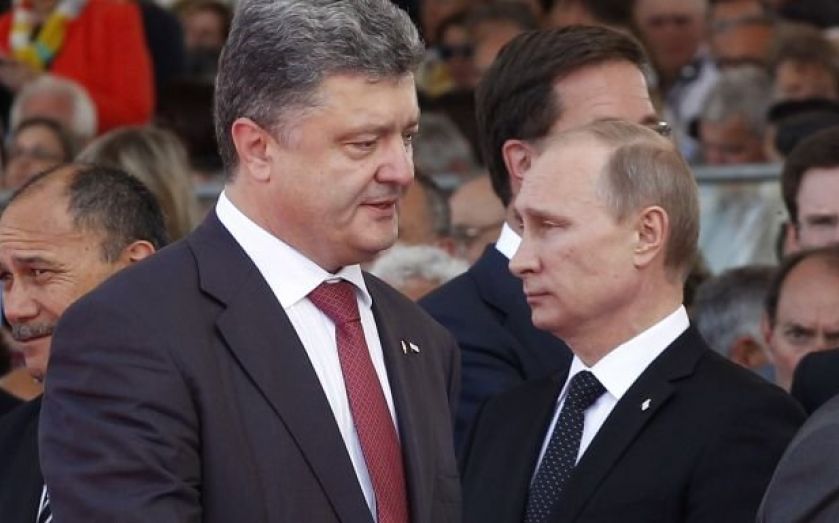 Ukraine's President Petro Poroshenko has vowed his commitment to end fighting between Ukrainian troops and pro-Russian separatists in the east of the country.
His announcement followed two hours of direct talks with Russian President Vladimir Putin in Belarus; the first time such talks have taken place between the two leaders.
"A roadmap will be prepared in order to achieve, as soon as possible, a ceasefire regime which absolutely must be bilateral in character," Poroshenko said.
This morning, he posted a statement on his website saying: "Our main goal is peace. We are demanding decisive actions which will bring peace on Ukrainian soil.
"The logic of a peace plan was after all supported by all the heads of state without exception."
The Russian President also expressed a willingness to work towards establishing peace. At a news conference, he said: "Russia, for its part, will do everything to support this peace process if it starts.”
However, Putin stressed that the onus is on the government in Kiev and separatist rebels to set out the conditions for a truce.
Since the start of the crisis, over 2,000 people have died as a result of of fighting between government forces and separatist forces in the Ukrainian cities Luhansk and Donetsk.
The Kremlin has consistently denied accusations from Ukraine and the West of arming pro-Russian rebels in the east.