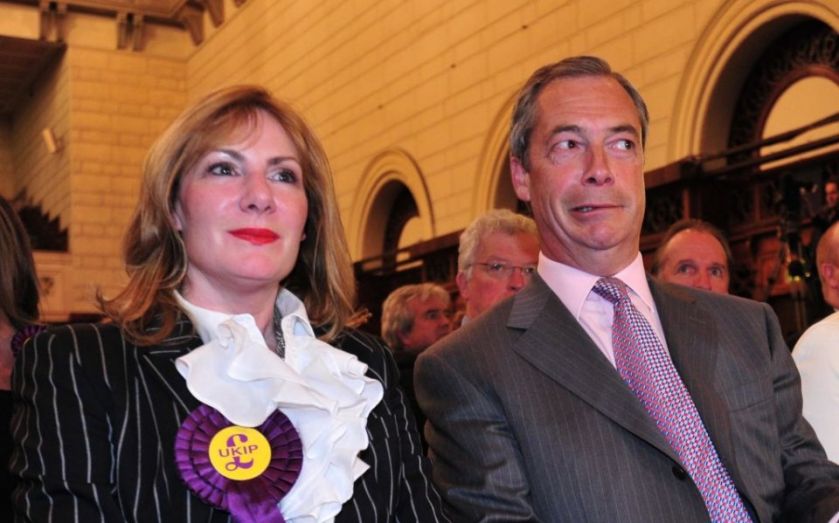 Atkinson is an MEP for the South East and was due to contest the Folkestone and Hythe seat in the election on 7 May.

The decision is thought to be related to footage obtained by The Sun newspaper who said it had secretly filmed a member of Atkinson's staff "apparently plotting to make a substantial bogus expenses claim" by asking a restaurant for a lunch invoice over £2,000 what the was actually paid.

The party is incredibly disappointed with Ms Atkinson, who appears to have exercised extremely poor judgement in acting in a way that the party has never, and would never condone.

The party has acted swiftly and immediately and just as we showed when we suspended another MEP for financial irregularities, we always maintain a zero-tolerance attitude towards acts of this nature.

Party leader Nigel Farage told the Sun: "We treat these things very seriously so we have acted quickly – some may say harshly – so we will have to wait and see."

Ukip suspended MEP Amjad Bashir in January over "extremely serious financial issues", which he denied before defecting to the Conservatives.

Atkinson has also made negative headlines in the past when she referred to a Thai woman as a "ting tong".