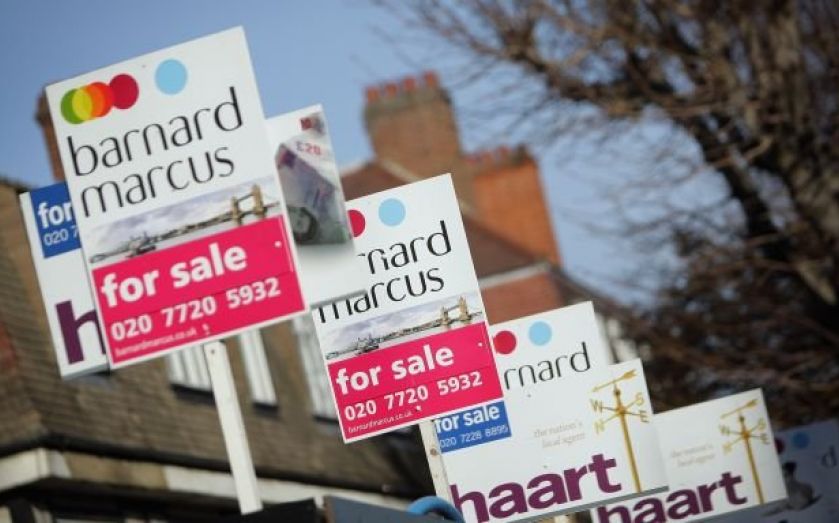 Monthly growth came in a 0.6 per cent, after recent figures from Nationwide showed prices dipping 0.2 per cent between August and September.

Halifax's figures for August showed prices were flat, so the 0.6 per cent (seasonally adjusted) monthly figures shows an acceleration. Monthly figures are famously volatile, however.

Looking at longer-term trends is more reliable. After some heady gains over the summer, the market is clearly losing its zip. This could have knock-on effects for the economy as soaring house prices could have pushed the Bank of England towards an interest rate rise. 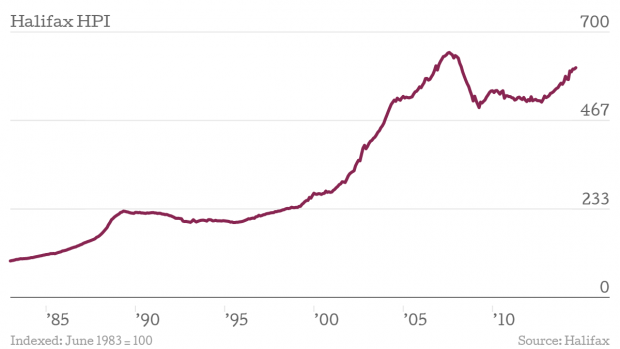 Martin Ellis, housing economist, says he sees the slowing as a matter of supply and demand rebalancing.

The recent rapid rise in house prices in some parts of the UK, earnings growth that remains below consumer price inflation and the possibility of an interest rate rise over the coming months, appear to have tempered housing demand. This weakening in demand has led to a modest easing in both house price growth and sales.
Annual house price inflation may have peaked around 10 per cent. A moderation in growth looks likely during the remainder of 2014 and into next year as supply and demand become increasingly better balanced.

This rebalancing is shown by sales data, which show the number of purchases to be reducing. From the report:

Home sales have eased slightly in recent months, falling below 100,000 in August for the first time since November 2013, to 99,930. Sales in the three months to August were 1.5 per cent lower than in the preceding three months (March-May). (Source: HMRC, seasonally-adjusted figures)

Even with growth slowing, house price inflation is far outstripping both CPI and wage growth and the rise is spread unevenly.
The price to earnings ratio, a key measure of affordability and one the Bank of England is especially interested in, has been climbing this year.