UK GDP preview: Banks down, sterling ready to break out? 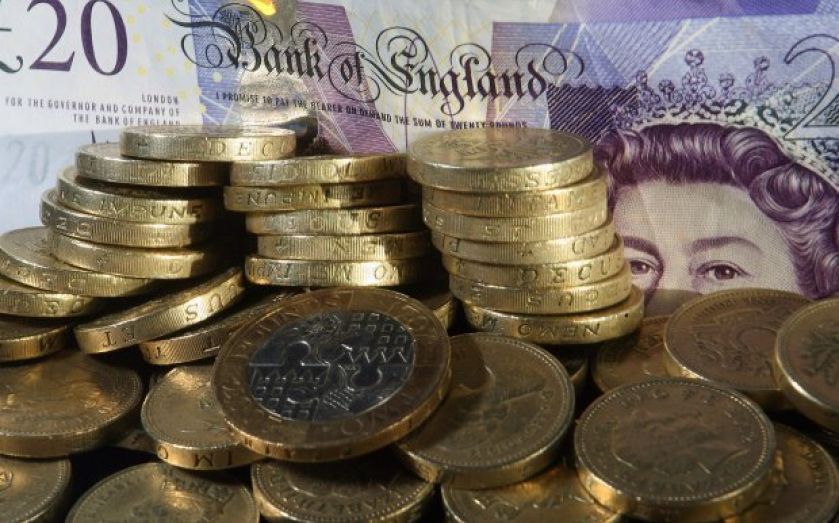 Ahead of the UK Q2 GDP print on Friday, gilts and UK bank stocks betray concerns about the economy that the official figures are likely to back up. Meanwhile GBPUSD is nearing the end of a narrowing wedge that could signal it’s ready to move out of its August range on whatever the GDP point to.

Following the 0.5 per cent growth in the first quarter, which we know was boosted by stockpiling by businesses ahead of the March 31st Brexit deadline, the economy is expected to have stagnated in Q2. While 0 per cent is the consensus, there is a chance of a very mild contraction. PMI surveys suggest a 0.1 per cent contraction. Annual growth is seen falling from 1.8 per cent in Q1 to 1.4 per cent in the second quarter. The Bank of England has lately lowered its estimates for the economy this year and next irrespective of the Brexit outcome.

Any move below the flatline in Q2 is sure to act as a drag on the pound, whilst there seems limited upside from a positive surprise given the weight of no-deal Brexit risks. In addition to the headline GDP print we will also be watching for the business investment and manufacturing production figures for a guide to sterling.

PMI data suggests there may have been a contraction in the second quarter. The IHS Markit All Sector Output Index slipped to 49.2 in June from a reading of 50.7 in May. The June report shows that marginal gains in service are being more than offset by declines in manufacturing and construction.

In particular, the June manufacturing PMI showed the worst decline in business conditions for six years as the index slipped to 48.0 from 49.4 from May. The report noted that ‘production and employment declined during the month amid an intensifying slump in demand and marked worsening of business sentiment’. Auto production will be a factor with the SMMT saying output fell by a fifth in the first half. Activity in services was a little better and picked up in July to a 9-month high. This bodes a little better for Q3.

Whilst economic activity is stagnating, UK gilt yields have hit record lows. Partly this can be attributed to a global melt-up in bonds, but the economic uncertainty that prevails due to Brexit is assuredly also a factor. Whilst gilts and other global bonds have today stabilised and yields risen a little off their lows, there is not yet the sense that we are about to see a meaningful or lasting rally as central banks embark on new rounds of rate cuts.

Lloyds shares have sunk to fresh lows today, dragged lower because of going ex-dividend and pushing mightily close to their post-Brexit nadir. Even allowing for the ex-divi factor, the shares are being crushed by the combination of lower yields and the prospect of a no-deal Brexit delivering a shock to the UK economy and, in particular, the property market.

A late surge in PPI claims has added to its woes, but the fundamental shift in expectations around a no-deal Brexit, the collapse in gilt yields, and the slowing economy are the primary drivers; whilst its huge exposure to the UK property market is a particular drag, at the moment. The latest RICS survey has dented any optimism with prices and activity apparently on the slide. Undoubtedly there is a chilling effect from Brexit at work.

Having dipped as low as 48.55 we’ve seen the stock pare losses to trade above 49 again.  Barclays shares, also softer due to going ex-dividend, are likewise plumbing lows not seen since the immediate aftermath of the Brexit referendum.

The pound remains on the defensive at this time while we await to see the shakeout from the no-deal rhetoric in recent days once politicians return from their holidays. The odds on a no-deal Brexit are shortening by the day, but sterling has remained in a fairly tight range against the US dollar throughout August. The convergence of the narrowing wedge formation suggests a near-term breakout can happen. A short squeeze is possible – the GDP figures tomorrow could act as a catalyst if they are not as gloomy as feared, albeit longer term it’s Brexit news flow that will make the difference. If the GDP numbers disappoint, there is room on the downside without needing to make new YTD lows. There seems little appetite to buy into sterling on GDP figures, leaving the downside perhaps more likely to face scrutiny.