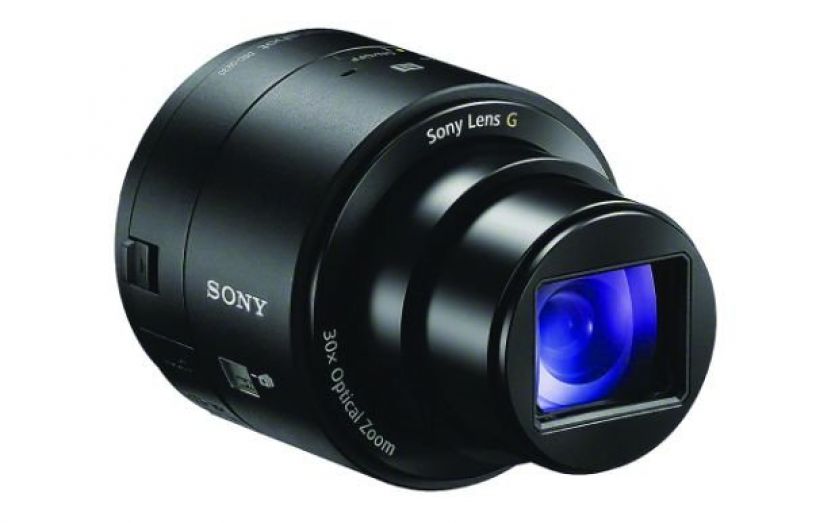 Ever wanted to take a selfie in the dark? With most smartphones it’s impossible, as the flash only works for the camera facing away from the screen. The multifunctional Iblazr flash can help. Four LEDs plug into the headphones jack and can be synced with iOS or Android smartphones and tablets using the free companion app.
amazon.co.uk

Take silky smooth videos on your smartphone with this ultra-mobile version of the technology that was pioneered in the film Rocky. If you’re serious about producing documentary-level video from your iPhone then you really, really need to invest in one of these.
jessops.com

If you appreciate the simplicity of uploading photos from your smartphone but crave a camera that can get you closer to the action, then consider Sony’s ingenious QX30. It’s essentially an interface-free camera that clips on to your smartphone and interacts with it via wi-fi. What the camera sees is beamed to your phone’s screen and images can be instantly saved to your photo library. It has 30x optical zoom and a 20.4MP sensor, meaning you can get capture a surprising amount of detail form such a compact unit.
sony.co.uk

With its eye-catching flexy design, the GorillaPod is the ultimate smartphone picture stabliser. Like a normal tripod but with flexible legs, the Gorillapod can be bent into all sorts of shapes to make sure you get the perfect snap.
johnlewis.com

This funky little gadget clips directly over your smartphone (versions are available for iPhone 4 onwards and the Samsung Galaxy S), giving you four distinct lenses – fisheye, wide-angle, 10x macro and 15x macro – allowing you to capture all manner of styles in your mobile pictures. It also comes with a wearable pendant so you don’t lose your lenses.
olloclip.com

Selfies are all well and good for one or two people, but taking a family selfie is another matter. The Hisy remote is here to help. You can be up to 30 feet away from your smartphone and a simple press of this clicker will capture the moment.
hisypix.com

Get perfectly crisp audio on your iPhone videos with the Azden SGM-990+i Omni Shotgun Microphone. Designed to meet the needs of advanced DSLR users, the microphone is powered by a single AAA battery and connects using a standard 3.5mm stereo audio jack.
amazon.co.uk

What’s blue and sticky? This stick. With this gadget you won’t have time for bad jokes as you’ll be too busy posing for selfies taken from way above your. With an extendable monopod and a bluetooth remote shutter button, the Mpow iSnap makes long distance selfies and group shots easy peasy.
amazon.co.uk