Three new ways to play 2048 that you never thought of 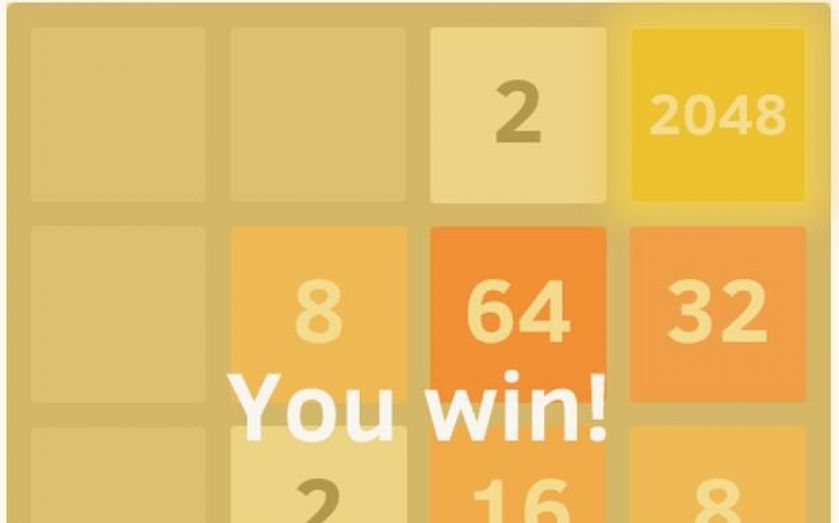 By now you've probably beaten the massively addictive 2048, if not, you're certainly hooked on it.

If you're not quite there – don't worry.

The developer of the game, Gabriele Cirulli, tells City AM that even he hasn't managed to defeat it yet.

And if you're still stuck we have a strategy guide to help you on your way.

Your first victory may be incredibly satisfying, but the thrill from successive wins quickly diminishes. Never fear, for we have three new ways to play.

Rather than trying to get the highest score possible, try to get the lowest winning score you can.

Why? Because a lower scores meant you combined fewer tiles to get to 2048, and that you won in fewer steps.

Playing this way means that you're aiming to be as efficient as possible.

The game does give you the option to "keep going" upon reaching the 2048 tile. Some masters of the game have managed to get multiple 2048 tiles on the same grid.

You won't be able to combine them into a 4096 tile unless you edit the game's code. User Ovolve over on Stackoverflow has just done that to produce just such a counter.

Programmers are now racing to create more efficient algorithms to make an 8192 chip.

How can the incredibly delicate and strategic 2048 work as a multiplayer game I hear you ask? Well, not very well.

But if you want to try, have a go here. Just try to resist mashing your arrow keys in an attempt to frustrate everyone else playing.