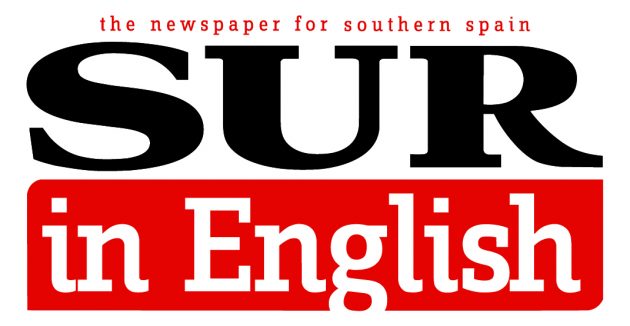 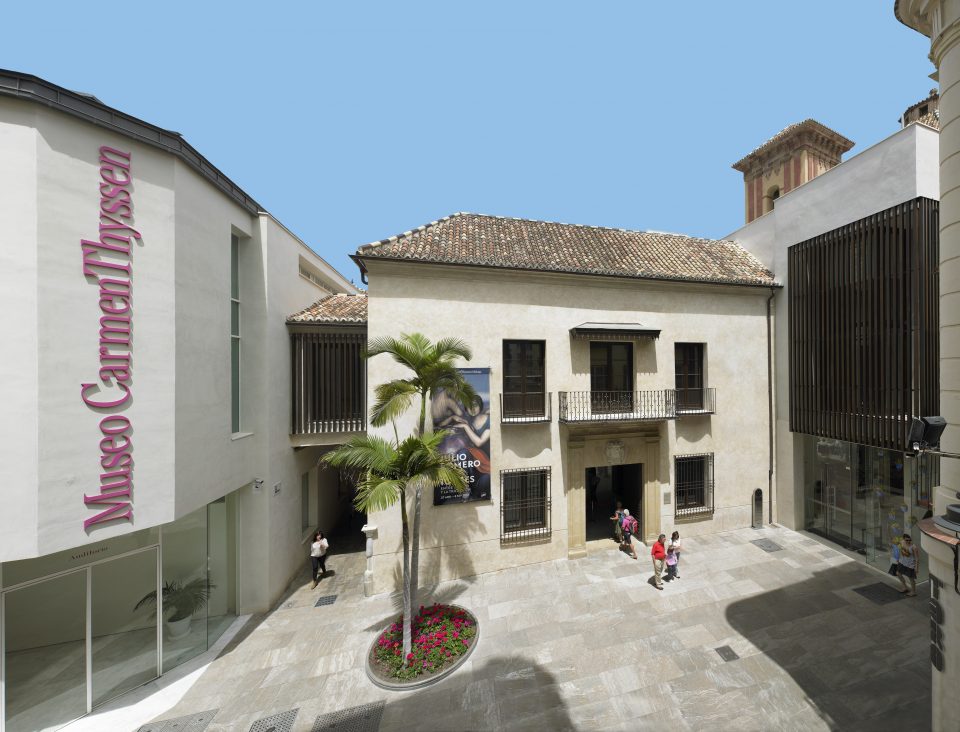 The Thyssen-Bornemisza Collection, which is one of the most important art collections of the 20th century, was formed in only two generations. Its precursor was August Thyssen, the second Baron’s grandfather, who exchanged letters with the sculptor Rodin and even acquired several of his works. August’s third son, the first Baron Thyssen, managed to gather together an extremely important core of European artworks dating from the 13th to the 18th century, with the emphasis on portraits.

The second Baron, Hans Heinrich Thyssen, who at only twenty-three years of age was obliged to take up the reins of the Thyssen empire upon his father’s death in 1947, not only managed to hold together his father’s legacy but also made additions to it in the form of works by the German Expressionist school, the Impressionists, the American Post-Impressionists, and the foremost 20th-century tendencies, with a preference for landscape painting. In the course of only a few years the Baron acquired over six hundred exceptional works of art.

The Carmen Thyssen Collection was first presented to the public in the Museo Thyssen-Bornemisza, Madrid, in 1996. It currently consists of one thousand three hundred and twenty works. The cornerstones of the collection are its 18th-century vedute, 19th-century naturalist landscapes and its Impressionist, Post-Impressionist and early 20th-century avant-garde works, with an important corpus of North American painters.

While the first Baron’s contribution to the collection was a direct result of his interest in portraiture and Hans Heinrich Thyssen’s of his preference for landscape painting and modern art as well as Old Masters, the Baroness has also left her own special mark on art collecting. Carmen Thyssen extended her collection to 19th-century and early 20th-century Spanish art, in the hope that it would be better understood and appreciated internationally. In 1997 she herself declared that her taste for Spanish tradition was the greatest contribution she could ever make to her collection.

However, the Spanish paintings are more than just a collection of works of art in itself. The collection also brings memories of a recent past to mind, for it represents part of Spanish history and customs. This does much to explain a number of the collection’s characteristics and above all, the subject matter, which reflects a predilection for genre scenes and landscapes.

In order to bring these works closer to the public, the Carmen Thyssen Collection exhibitions were organised on a more international scale from 1994 on. With great success and prestige the Baroness took temporary exhibitions of international works – always including Spanish paintings – all over the world. In 1997 the Shanghai Museum opened with the exhibition From Zurbarán to Picasso, which three months later travelled to Beijing and for a further three months played an extremely important part in promotion of Western art in the Far East. Furthermore, the exhibition The Spirit of the Place. Masterworks from the Carmen Thyssen-Bornemisza Collection was shown at the Frick Collection in New York from the end of 1997 to March 1998. These exhibitions were only two of forty-two different projects. The genre scene and Andalusian painting section was first presented under the title Andalusian Painting in the Carmen Thyssen Collection at the Museo Thyssen-Bornemisza, Madrid, in July 2004, and in February 2005 it moved on to Malaga. This was not the first time that part of the collection had travelled to Malaga, for in 1999 the city had hosted Aspects of the Landscape Tradition in the Carmen Thyssen Collection, which illustrated the development of landscape painting.

Consisting of two hundred and thirty-two works, the Museo Carmen Thyssen Málaga Collection is centred around 19th-century Spanish painting. When viewed as a whole, it illustrates the view of Spain which was prevalent abroad during the Romantic age. As this period also saw the rise of national movements and regional singularities, foreign travellers went away with new ideas of Spain as a foreign country.

France was one of the principal contributors to the creation of the clichés then associated with Spain, which saw the arrival of many intellectuals from the neighbouring country, including Prosper Mérimée and Théophile Gautier. The French aristocracy also took a hand, one manifestation being King Louis-Philippe’s “Spanish Gallery”, which opened in the Musée du Louvre in 1838. However, the court of the Duke and Duchess of Montpensier in Seville (the Duke, Antoine d’Orléans, was Louis-Philippe’s son) became a focal point for the exchange of ideas between personalities and European intellectuals in the very heart of Andalusia. Among those visitors were a large number of Britons, including Richard Ford, David Wilkie, George Borrow and John Frederick Lewis.

Chronologically, the Museo Carmen Thyssen Málaga Collection begins with a group of fifteen exhibits under the heading “Old Masters” and includes works dating from the Middle Ages to the Baroque period, the centrepiece being Zurbarán’s St Marina. The main body of the collection belongs to the movements associated with Romanticism and genre scene painting, the Précieux style, realism and the early 20th century.

In the Romanticism and genre scene painting group we shall see landscapes, the origins of flamenco, the continuation of Goya through the work of Lucas Velázquez, flower-filled courtyards and pilgrimages. Particularly important in the realist and précieux style section are the expressive intensity of Mariano Fortuny, the portraits of Raimundo de Madrazo and the vedute of José Moreno Carbonero, Martín Rico and Antonio María Reyna Manescau. The transition from Romantic to realist painting is illustrated by the work of the Belgian Carlos de Haes and the marine paintings of Guillermo Gómez Gil, Emilio Ocón and Ricardo Verdugo Landi.

The fin-de-siècle area signals the road towards modernity, whose heterogeneity is a veritable repertoire of the interpretations of the new artistic idioms. Thus we see works by Darío de Regoyos in the new Impressionist style, by Beruete with regenerationism, by Joaquín Sorolla with the brilliance of light, the “pure” view of Ramon Casas, Ricardo Canals and Anglada-Camarasa, the melancholy gaze of Julio Romero de Torres and the austerity of Zuloaga.

Negotiations between the Baroness and Malaga City Council began in 2006, by which time the latter had already acquired the Palacio de Villalón, a building of considerable artistic and historical importance, situated in one of the city’s oldest districts. Indeed, the Catholic Monarchs began to allocate plots of land in that area only twenty days after recapturing Malaga on 19 August 1487. The palace stands on the site which formerly extended from the city’s main square to the Puerta Nueva gate. Given its proximity to the square known as the Plaza Pública (where the Town Hall was established in 1528), a large number of king’s guards and their squires were assigned to the area. The street known as Calle de Las Guardas received its name precisely due to the guards who lived there, yet is actually prior to that period, having once been part of the Roman decumanus which crossed the city from Placeta de la Alcazaba to the River Guadalmedina. That area belonged to a district of craftsmen known as the Los Mártires, although more luxurious and ostentatious dwellings were subsequently built there and the squires were gradually replaced by a higher social group.

Although the palace dates from the 16th century, it owes its present appearance to work completed in the 18th century. The surviving original elements include the wooden roofs and the two Renaissance columns in the courtyard. The Renaissance façade contains a large door that is surmounted by a noble coat of arms and leads to a large vestibule which in turn opens onto a courtyard of columns with semi-circular arches framed on the ground-floor level by Arabic moulding. Particularly interesting are the coffered ceilings and tracery, most of which are clearly of Mudéjar inspiration, especially those over the staircase and in the main hall.

Although the building deteriorated in the second decade of the 20th century, fortunately the stone façade and coat of arms survived, as did various other important original features, particularly the wooden coffered ceilings. In May 2004 urgent repairs were made to the roofs and in 2005 archaeological excavations nearby led to the discovery of important Roman remains beneath the foundations dating from the 3rd century A.D., including a complex for producing garum, which Malaga exported to Rome. A residential zone and a nymphaeum (fountain) adorned with original fish-motif paintings have also been unearthed. It was in 2008 that the Palacio de Villalón was first considered as a site for the future Museo Carmen Thyssen Málaga and the decision was subsequently made public.

The Museo Carmen Thyssen Málaga covers a total area of 7,147m2, of which 5,185m2 is used for exhibition purposes. It was restored by the architects Rafael Roldán and Javier González. Although sober and dating from around 1780, the paintings of architectural motifs and figures of angels on the façade of the adjacent building (which houses the administrative department) are of exceptional compositional quality.

Furthermore, the museum has given rise to a unique link. The narrative of its works establishes a special dialogue with memory and the past, as the Collection will provide a variety of interpretations and cast light on established traditions. It will also provide the pleasure of revisiting and sharing the past by combining a retrospective view of history with the beauty of the work of art all in a single space.