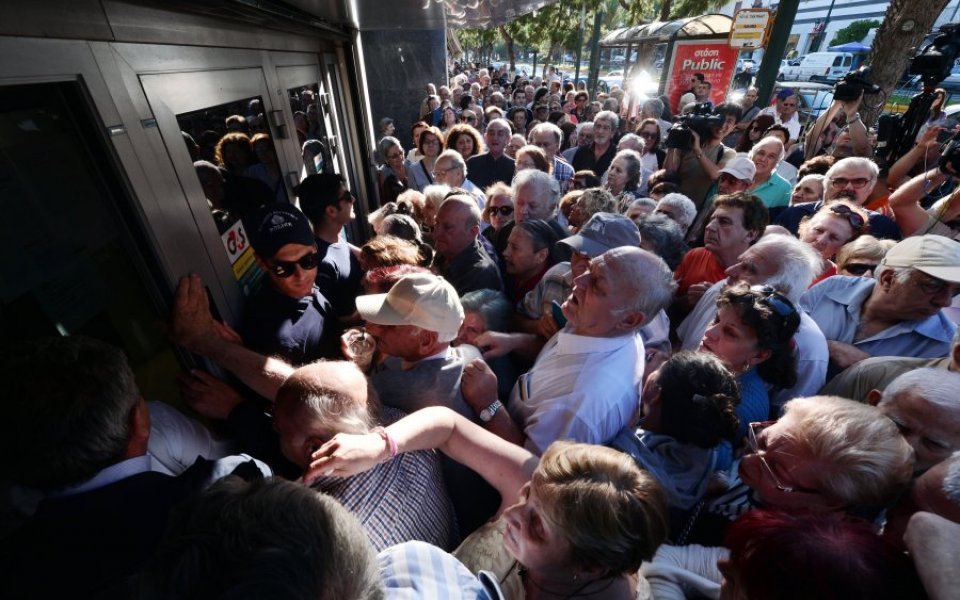 You may have thought that the Greek crisis was over. But as today will show, when Eurozone finance ministers meet to discuss – among other things – the Greek government’s proposed reforms to pensions, nothing could be further from the truth.

As a condition of its bailout agreement in the summer of 2015, Greece is required to pass pension reforms that reduce spending by a further €1.8bn. But leaks of the proposals suggest big problems ahead. Issues with the burdens on the self-employed, huge increases in contributions for farmers, and the lack of a cost-benefit analysis for the proposals may all prove problematic. And even assuming that reforms in some shape or form are eventually successful, the Greek pension system is likely to remain unsustainable, calling into question the country’s ability to meet its fiscal targets.

To prop up its unaffordable system, since 2000, the Greek government has plugged the gap with €216bn in subsidies. There are now only 3.67m workers to 2.66m pensioners in Greece, leaving the country with a chronically low worker to pension ratio of 1.38. This effectively means there are just 138 workers – including part time and public sector workers, incidentally – for every 100 pensioners in Greece. The UK’s equivalent ratio is around double, at 2.75.

This unsustainable situation has been driven by dramatic unemployment rates and widespread early retirement. Greek unemployment stands at around 25 per cent and youth unemployment remains at nearly 50 per cent. It is also still relatively easy to retire early in Greece, despite previous reforms. Only 36 per cent of Greeks between the ages of 55 to 64 were working in 2013, around half the level observed in Sweden.

Corruption and state intervention in Greece’s pension system have also contributed to this desperate situation. The Public Utilities fund, for example, which covers just 22,000 pensioners, has been propped up by government to the tune of €600m a year over the last decade, equivalent to 8 per cent of annual income tax receipts. Political pressure for pension funds to invest in Greek banks and government bonds has also had disastrous consequences. From 1997, pension funds were required to invest 77 per cent of funded portions into the National Bank of Greece, which then put the money into government bonds. As a result, workers and pensioners suffered losses of around €10bn in the 2012 debt restructuring, when the value of some Greek bonds fell by 50 per cent.

The pensions crisis has been exacerbated by other government failures. The reform of Greece’s tax collection system has been poor. It was estimated in 2009 that non-collected tax revenues were €36.8bn or 15.9 per cent of GDP. The Greek government subsequently pledged to tackle this by embarking on a simplification of the tax code. Since then, however, tax complexity has increased, not fallen. According to the Greek Liberties Monitor, accountants would have had to read one new directive from the Greek finance ministry every working day in 2011.

Analysts believe a compromised Pensions Reform Bill is likely to be passed by the Greek Parliament. However, Greece’s economic fundamentals and stalled reforms mean that this crisis is far from over. The country’s debt pile is nearly 180 per cent of GDP, foreign direct investment has halved since 2008 and non-performing bank loans stand at nearly 50 per cent. The social consequences of youth unemployment at 50 per cent make for an even bleaker picture. Businesses are taking flight too – it is estimated that 60,000 Greek firms have relocated to Bulgaria since June of last year.

Greece remains between a rock and a hard place. Logic would suggest that it should exit the euro with a simultaneous major devaluation. But the immediate consequences of a euro exit could be terrible too.

The question is: how can an economically unsustainable status quo, which is politically impossible to reform, be resolved? That will be the underlying theme of the last act in today’s Greek tragedy.