The high five: your guide to the most valuable start-ups 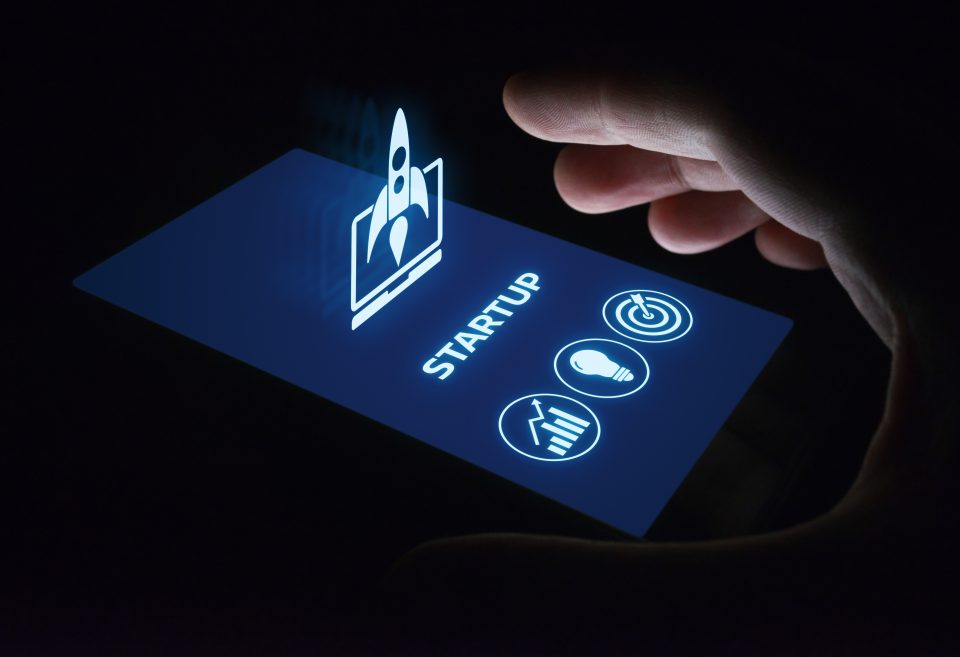 It was the year of America’s 200th birthday, of a scorching heat wave in the UK followed by a huge sterling crisis, and it was the year that the only unelected president in US history, Gerald Ford, went down at the polls to the former Governor of Georgia, Jimmy Carter.

Less remarked at the time was that 1976 also marked, according to the Oxford English Dictionary, the first recorded use of the expression “start-up” in the modern meaning of a newly-created business, courtesy of Forbes magazine.

The following year saw its first use as an adjective, when Business Week referred to “start-up companies, especially in the fast-growth, high-technology fields”.

Who’s next in the IPO stakes?

Well, in the near-50 years since then we have certainly made up for lost time in terms of use of what must be one of the most common expressions in the world of investing.

Of course, every single business in the world was a “start-up” at one time or another, whether Boeing, Royal Dutch Shell or Deutsche Bank. The most successful start-ups are the ones we’ve heard of, whether Marks & Spencer or the Ford motor company. The unsuccessful ones have either stayed small or gone out of business.

But in contemporary parlance, “start-up” has a more specific meaning. It refers to businesses that were founded recently and have grown very rapidly to the point that their likely value on their initial public offering (IPO), or “flotation” in British English, is of eye-popping proportions.

In that line-up, Amazon looks positively ancient, despite the fact that its founder Jeff Bezos is just 55 years old.

All these one-time start-ups are, of course, start-ups no more. Once the shares have been sold to the public, they are listed businesses like any other. Uber, the car-sharing platform, was perhaps the best-known start-up to go public this year.

So, for the trader and investor, the big question is which will prove to be the most valuable start-up shares in the future? As the late tycoon Sir James Goldsmith said, the only way to really find out what a company is worth is to sell it, and an IPO is a very public form of sale.

Pitchbook, the private capital research and information company, has compiled an up-to-date list of what are believed to be the five most valuable start-ups at this time. But it is important before reading to bear in mind that qualifier – “believed to be”.

Even when a company has a stock-market listing, it is not always easy to put a definite figure on its value. It is harder still with a private company, which in most jurisdictions is not required to publish anything like as much information as a public firm.

A second caveat is that some of our top five have no immediate plans to float their shares. For that reason, we append a couple of extra names, as you will see, that have a greater chance of going public, thus becoming of interest to traders and investors.

1.     Top of Pitchbook’s list is The We Company, based in New York and better known by its brand name WeWork. The We Company, valued at more than $47 billion, provides shared working spaces, primarily serviced office space with top-quality internet connections and printers and free refreshments. There is, of course, nothing new in the provision of office space, but WeWork is a commercial landlord with a difference, in that it is focused on the needs of entrepreneurs, the self-employed and, yes, start-ups. Furthermore, it hopes that the workspace that it provides will encourage collaboration and mutual inspiration. An IPO is expected before too long.

2.     Next comes JUUL, valued at $38 billion and developer of nicotine vaporisers with a difference – or rather, two differences. One is that the devices themselves are designed to be as desirable as the most stylish cigarettes, and the other is that the company uses nicotine salts rather than freebased nicotine, allowing “vapers” to enjoy the same nicotine levels as they would with ordinary cigarettes. JUUL is based in San Francisco and is not thought to be planning an IPO in the near term.

3.     Airbnb needs no introduction, being not only the best-known online short-term rental platform but also a verb, as millions of travellers across the world tell each other that they “Airbnb’d” their recent holiday. Founded in 2008 and based in San Francisco, Airbnb is valued by Pitchbook at $31 billion, an extraordinary achievement for a business model that involves little more than putting travellers in touch with people happy to rent out their spare bedroom.

4.     In fourth place, at just under $29 billion, is Spacex, the manufacturer of space exploration vehicles founded by the irrepressible Elon Musk, best-known for electric vehicles firm Tesla. Based in Hawthorne, California, Spacex aims to bring down the costs of space travel and to pick up the baton dropped by national governments, such as that of the United States, in terms of following on from the Moon landings with visits to Mars and other destinations. It is not thought an IPO is planned in the near term.

5.     Stripe, the payments system provider, is in fifth place, worth $22.5 billion and based in San Francisco. It says of itself that: “[We provide] the best software platform for running an internet business. We handle billions of dollars every year for forward-thinking businesses around the world.” Alphabet, owner of Google, has a significant stake in Stripe.

Below the top five, Pitchbook lists, in sixth place, data analytics specialist Palantir. Based in Palo Alto, California, it is worth more than $20 billion and is expected to announce an IPO shortly.

Some way further down, worth $7.1 billion and in 13thplace, is Slack, based in San Francisco. It provides an on-line workplace communications platform designed to help colleagues communicate more effectively. In its own words: “Slack gives your team the power and alignment you need to do your best work.”

It, too, is expected to announce a public share listing before too long.

There are always alternatives to buying start-ups’ shares for those keen to benefit from their success. You could launch the start-up yourself, or simply be in the right place at the right time, like the Palo Alto lawyer visited one day by two students asking him to incorporate a small business for them.

They were Sergey Brin and Larry Page, founders of Google, and he became their chief legal officer with a personal worth recently estimated at about £500 million.

But for most of us, trading the stock is the likeliest route to sharing in the fruits of the best start-ups. Those mentioned here, and many other start-up companies, have among their number the established giants of tomorrow. Some will reward their shareholders with the highest-value start-up stocks.

Others will fare less well, as is the nature of the open market. But this is a hugely exciting area for traders and investors, invited to back, or not, young companies that are disrupting business models and challenging often-sleepy incumbent operators.

To end where we began, with the Oxford English Dictionary. Pre-1976, “start-up” meant the same thing as “upstart”.

In a way, it still does.