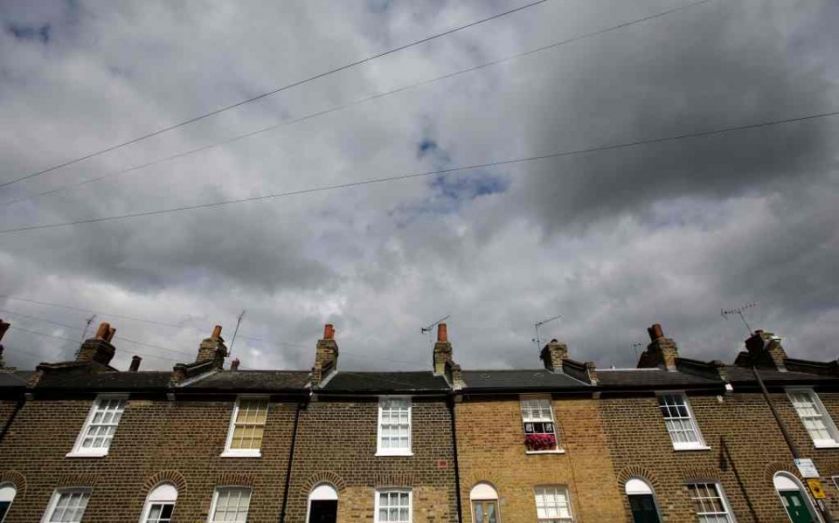 Housebuilders Taylor Wimpey, Barratt and Persimmon were among the biggest fallers on the FTSE 100 this morning, after broker Jefferies cut its rating across the sector.

Shares in Taylor Wimpey – whose rating was cut to "hold" from "buy" – were down 4.9 per cent in lunchtime trading, while Barratt and Persimmon, which were both downgraded to "underperform" fell 4.8 per cent and 4.3 per cent respectively.

But investors are clearly concerned about figures showing a muted rise in house prices. Figures published by Halifax yesterday showed prices grew by just 0.3 per cent in December, their slowest rate since November 2012.

Michael Hewson, CMC Markets' chief market analyst, suggested 2015 is likely to be a far cry from the highs of 2014.

Housing market activity could well be more subdued in 2015 as we head towards an election which is likely to be anything other than inconclusive. This slowdown in prices should not be treated as a bad thing though given how quickly house prices were threateningly to spiral higher in 2014, amidst talk of a bubble.

Updates from both Taylor Wimpey and Barratt are due next week.

Here's what shares in all three housebuilders have done over the past year. To make it easier to compare, we've indexed them all to 100 on 9 January last year. No need to thank us… 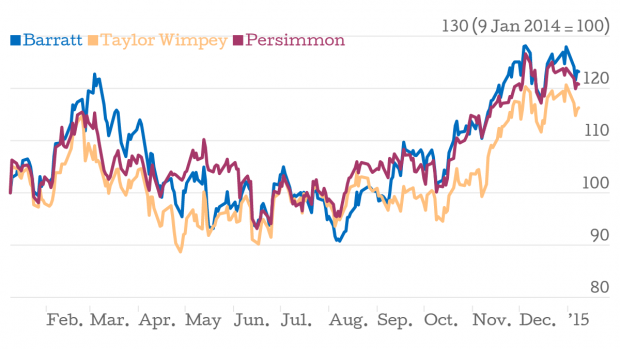