How Tampa went from fast food badland to supercool trailblazer 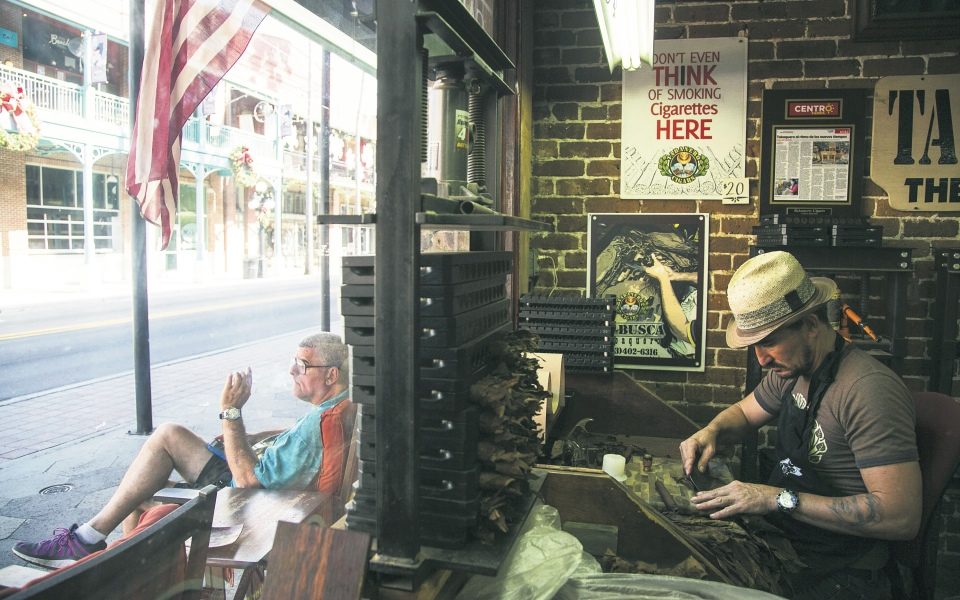 To tide us over until we’re able to travel again, we’re republishing classic travel stories from our archives. This week we revisit Ashwin Bhandari’s trip to Tampa to see a food scene revolutionised by a new generation of chefs.

On a Friday night in Seminole Heights, The Refinery restaurant is buzzing. Every seat is taken and diners spill onto the terrace, their tables heaving with colourful food. This isn’t what I expected to find in Tampa, a city that was once known as the best place to trial fast food franchises.

“We opened in 2010 to the sound of crickets,” says The Refinery founder Greg Baker. “Locals weren’t exposed to good food back then, but we’ve seen a change. Now they want interesting flavours, from fresh produce, at affordable prices, and Tampa is perfect for it – most of our ingredients come from within 100 miles of here.”

Greg grew up on Tampa Bay and, after cheffing all over America, brought his craft back home. He is one of many Tampa natives who have chosen to ply their trade here, rather than Miami or New York.

Nearby, in a refurbished firehouse that doubles as his home, is the gallery of scrap metal artist Dominique Martinez. Outside his workshop stands a soldier carrying an injured colleague; it’s a gift to the Wounded Warrior Project, made from Harley Davidson fairings and exhausts. Inside, his team use arc-welders on their latest work, and visitors make small items to take home.

“People want a memory of their trip to Tampa,” explains Dominique. “This way they can actually make something, using a skill that they learned here. That’s way cooler than buying some junk from a gift shop.”

“This is a town that rediscovered its history, learned to value its culture, and refurbished both to create something distinctively Tampan. Now talent is coming here, rather than leaving for New York or Chicago.”

More of Dominque’s works are on display at Ulele, a restaurant housed in a refurbished waterworks, and named after a princess of the indigenous Seminole people. The countertops are decorated with arrowheads found on the riverbank, and the food is based on native cuisine (the alligator hush puppies are a must).

Next door, an old tramshed is being converted into a food hall, where chefs who made their name with food trucks will be given permanent pitches next to craft cocktail bars.

“It’s important to give Tampans something local to root for,” says Jeff Houck of Ulele. “This is a town that rediscovered its history, learned to value its culture, and refurbished both to create something distinctively Tampan. Now talent is coming here, rather than leaving for New York or Chicago.”

“We’ve lived all over the world, from Berlin to LA,” explains Jake,” And wanted to bring international art to our hometown: to feed the appetite, raise awareness and introduce people to more than just paintings of birds flying over water!”

The dynamo of Tampa’s original rise, and current renaissance, is Ybor City, founded in 1885 by a cigar manufacturer. Migrants flocked to work in the factories, creating a hybrid culture that’s best exemplified by the Cuban Sandwich. I tried the original at La Segunda Bakery, where Italian salami is combined with Spanish pork, German mustard, pickles and Swiss cheese, served in Cuban bread, baked with palmetto leaf.

“In the early 70s, it was a ghost town,” says art historian Susan Johnson, who has been in Ybor for over 30 years. “But by the end of the decade, dozens of artists were living in old stores and warehouses. In the 90s it was thriving with writers, film-makers and artists, and all the bars, punk clubs and tattoo parlours to go with them.”

Now, Ybor’s balcony-lined streets have drawn a new generation of nightlife: there’s the cigar-and-whisky lounge Lion’s Den; New World Brewery, with live music and 50 beers on tap; and Coppertail Brewery, with excellent pale ales. During the day, The Bunker and Blind Tiger both serve great coffee, and you can even learn taxidermy at Dysfunctional Grace.

Tampa is becoming a great alternative to Miami. Not only does it have a buzzing food scene and a local vibe, but it’s also close to the beautiful beaches of the Gulf Coast. Just make sure you go with an appetite.

STAY Gram’s Place was established to allow artists and musicians to collaborate. It has a garden, treehouse and rooftop eyrie, and each room is styled around a musical genre.

FOOD The Refinery is in Seminole Heights. Ulele can be found in Tampa Heights. La Segunda Bakery is in Ybor City.

COFFEE The Bunker and Blind Tiger are in Ybor City.

GETTING AROUND Tampa is great for cycling, particularly with the new boardwalk that runs along the river from Tampa Heights, through Downtown and onto Bayside. Coast Bike Share costs from $8 an hour

BEACH Clearwater Beach is a 30-minute drive from Downtown Tampa.